Peace Agreement between Kosovo and Serbia: Opportunities and Challenges

Since 2011, when the dialogue on the normalization of relations between Kosovo and Serbia, facilitated by the European Union, began, ideas have been circulated and a series of debates have been held on the possibility of reaching a peace agreement in the form of a legally binding document. Such a stance has been increasingly taking place in the context of media debates, official statements by state leaders of Kosovo and Serbia, and more recently, the European Union and the United States. This study sheds light on current debates on the possibility of finalizing this dialogue through a binding agreement of both countries, which would be binding and implemented under the auspices of the international community and would serve as a platform for a lasting and durable solution to all disputes between the two countries.
3. Februar 2020 Bestellinformationen 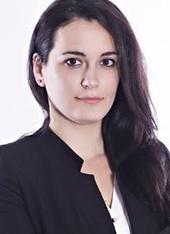