The European Union celebrates Europe Day on 9 May. The date marks the anniversary of the Schuman Declaration of 1950, considered to be the first official step in the creation of what is now the European Union. Over the past decades, the European Union has achieved remarkable results such as creating the world’s largest single market that guarantees free movement of people, goods, services and capital and a common currency in 19 countries (Eurozone) out of its 28 member states.

But the European Union also helped to improve air and water quality in member states via legislation that improved the quality of rivers, lakes and seas and reduced acid rain and Sulphur emissions.

In the area of energy security, many initiatives have been taken to ensure access to affordable, reliable, sustainable and modern energy for all. In addition, urgent action has been taken to combat climate change and its impacts. The Lisbon Treaty of 2009 included specific provisions relating to energy policy (such as the promotion of renewable energies). Ever since, preventing climate change has been a key priority for the European Union. Various policies and strategies such as the EU Adaption Strategy, the EU plan – low carbon economy by 2050 or the EU emissions trading system (EU ETS) were adopted and the EU has set itself ambitious targets for the future. These include: 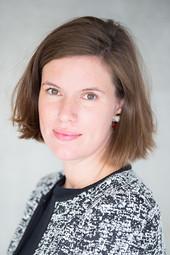