On Tuesday 17 September, the KAS team, accompanied by Hon. Andreas Lämmel, set off on their mission to take a closer look at Uganda’s progressive refugee policies. The journey from Kampala was a long one and as the vegetation started changing, so did the roads. After a good few hours spent on dirt roads and passing small villages, we were surprised to find a full-fledged administrative facility upon reaching Rhino Refugee Settlement. Here began our first-hand impressions of Uganda's refugee policy that has gained global attention:

After a warm welcome, we are invited to the office of Mr. Dennis Mbaguta, Commandant of the refugee settlement. He lays out the facts: The settlement counts 111.000 refugees, 98% of whom are of South Sudanese origin. With such vast numbers, 40 villages have started to develop in the settlement which stretches for various kilometres and thus intersects with the local population's traditional lands.

We are told the numbers of daily newcomers to Rhino Camp have dropped to 10-20 persons so that the refugees, after having undergone Ebola screening at the point of entry, complete their biometric registration process within two to three days only. At this stage, the new arrivers are also provided with basic necessities, kitchen ware, some tools and a plot of land sized 50x50 meters. In an open conversation with the settlement commandant, some of the forced migrants, who had come to join us, confirm this information and show us their refugee identity cards - one way Uganda keeps track of the refugee numbers.

We are excited to hear that Uganda not only does a great job at registering refugees but also at camp organisation itself. The camp is structured into zones and villages - every one of the villages elects a leadership team comprised of 10 members who then coordinate with the Office of the Prime Minister - the agency responsible for refugee management - and who attend coordination meetings with the donors and aid agencies on site. We are also impressed to hear that the refugee leadership is organised in a system parallel to the LC-system in the country. Through this, subsequent integration into society but also structured exchanges are facilitated.

We then go on to inquire about any tensions arising between the host community and the refugees living in the area. The conversation shows that, admittedly, this has been an area of concern that required proper policies. To pre-empt conflicts, authorities have now made sure to strengthen delivery of public services and, most importantly, to include the local population herein. As a result, the camp region, which does overlap with local communities’ land, is equipped with 46 primary schools, 3 secondary schools and 4 health centres which are open to locals and refugees alike. This way of living together and sharing resources has reached a level of inter-connectedness that makes it difficult to tell who is a refugee and who is a Ugandan citizen. To our surprise, we are told, that language barriers have barely played a role in the interaction of the two different communities.

The settlement commandant points out that the bigger immediate problems lie with natural resources. As a result of an immense influx of people, there has been a noticeable impact on the environment, for instance through increased demand for firewood. While re-forestation efforts are underway, they have little chance to cope up with the rate at which trees are being cut down.

We are also told that the settlement is well-endowed with aid organisations’ programmes. The 45 partners are divided into different sectors such as health, water, education and environment to facilitate the coordination. Those who are not dependant on the support of such structures, however, are free to leave the settlement, to move elsewhere and to seek employment. Especially for those who come from urban areas and are not used to rural life, the decision to move to the city may be the right one. Arguably, this is the key point in Uganda’s refugee policy that has received the strongest support worldwide: freedom of movement and freedom to seek employment.

We then move on to get a better impression of these narratives. As we move through the camp to visit different zones and institutions, we are overwhelmed by the size of the settlement. Stretched out for kilometres, Rhino Settlement in fact seems to be a cluster of settlements spread out over a vast area.

On our way, we visit a vocational school dedicated to providing refugees with skills training on carpentry, wielding and brick-laying, amongst others. On our way from the school, we pass numerous villages, schools and other projects until we reach the next destination: Tika Peace Ambassadors Club. On this stop, as well, we become witnesses of the development efforts of the communities around us. South Sudanese, young and old, gather here to discuss issues of peace- and nation-building.

We wind off our visit with a brief stopover at a dialogue event organised by the Network of South Sudanese Civil Society Organisations. As we travel back from Rhino Refugee Settlement, we are still digesting the many impressions we have gathered on our way. What stands out is the settlement organisation and the atmosphere on site.

In spite of all this support and liberty, the South Sudanese refugees accompanying us make sure to point out that they are, of course, waiting to return to their homes in South Sudan. They state that the majority of refugees want to see whether the peace agreement holds and whether peace can return to the war-torn country. But until this becomes a reality, Uganda will continue to host hundreds of thousands who seek refuge. 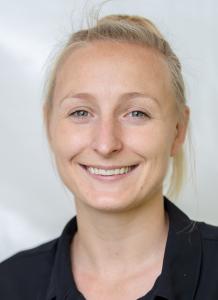