III Macedonian-German Forum: The Assembly should play the key role in the negotiation process

Not receiving the date for the start of the negotiations with the European Union is a disappointment both for the citizens of North Macedonia and for many in Europe. This should not discourage the country, but, to the contrary, should incite it to continue with the reforms and, in that way, to reassure the sceptics. The Assembly should play the key role in the negotiation process, and should have control over the process. This was the conclusion of the III. Macedonian-German Forum: “Enlargement Prospects after the European Council? Role of the Assembly in the EU Accession Process of North Macedonia and Relations with the European Parliament” that took place at Hilton Hotel in Skopje on 1 November 2019.
21. November 2019 Bestellinformationen 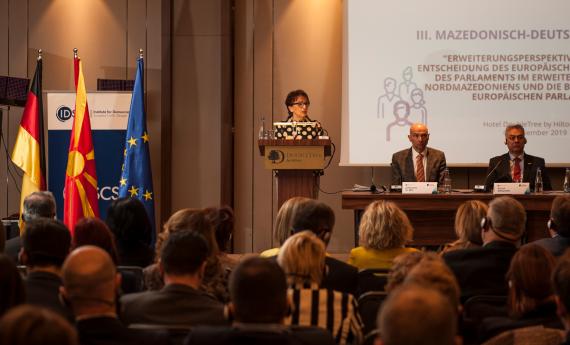 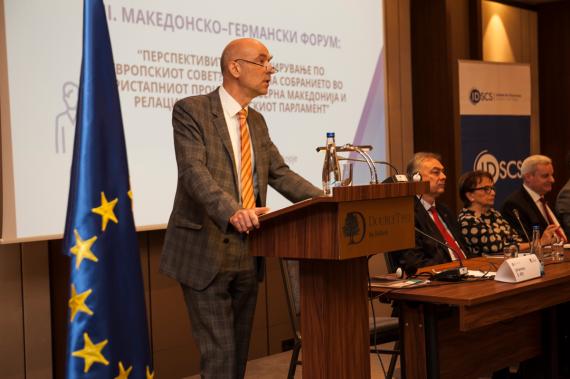 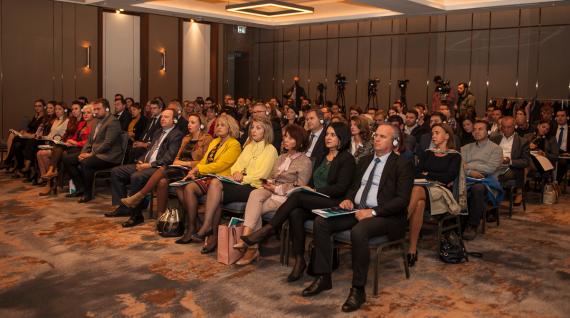 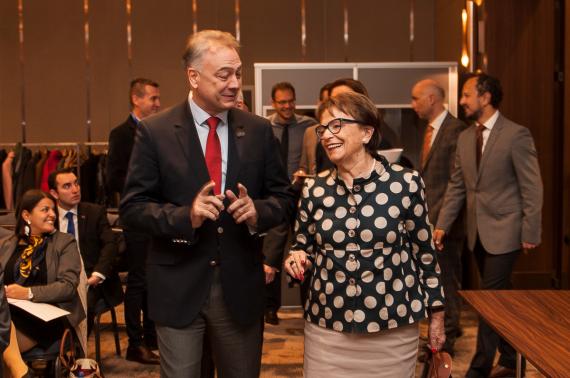 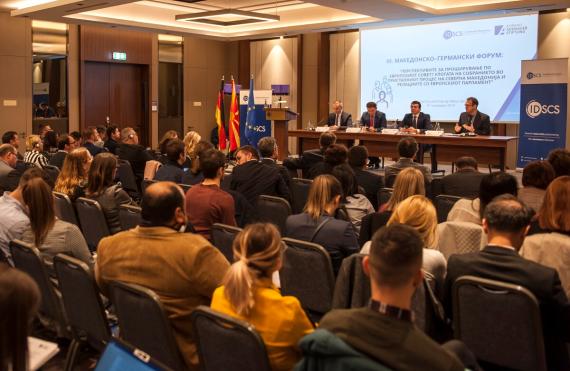 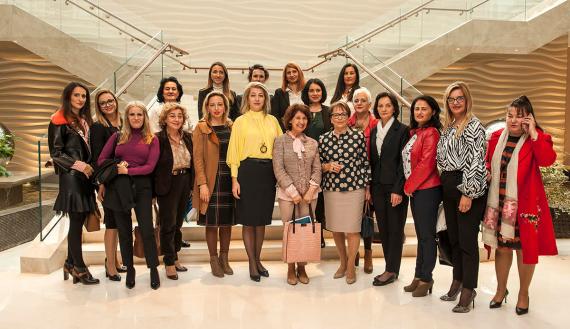 The event, which was organized by the Konrad Adenauer Stiftung (KAS) and the Institute for Democracy “Societas Civilis” (IDSCS), was opened by the Assembly’s Vice President, Goran Misovski, and the President of the Women’s Association in the European People’s Party and a former MEP, Doris Pack.

Misovski highlighted the fact that North Macedonia does not have any other alternative but integration in the European family where it truly belongs, and emphasized that the Assembly plays an important role in the EU accession process.

“We received disappointing news from the Brussels Summit, but we will not allow pessimism to prevail. We have fulfilled all the conditions, and the citizens were expecting a date for the start of the accession negotiations. The role of the Assembly is significant in the accession negotiations. Permanent working bodies have been established at the Assembly, such as the European Affairs Committee and the National European Integration Council, which goal is to build a social consensus regarding this issue. The legislation adoption dynamics have changed, but it has always remained on the course of realizing our state interests, which is the EU and NATO integration“, said Misovski, and added that the Assembly has established an affluent dialogue and cooperation with the European Parliament.

Pack highlighted that the shock from Brussels might be seen as a wakeup call for the politicians in North Macedonia to be even more diligent in recognizing and meeting the real needs of the citizens.

“Failing to receive a date for the start of the accession negotiation is due to the principle of unanimity in the EU. I was following, with a great concern, how it affected you in your state and how it can affect you in the period to come. The ‘No’ from Brussels is definitely not the last word. The EU should not allow to leave space for interplay of foreign powers. It is clear that the accession negotiations should start, but at the same time closer cooperation needs to be enabled. We are talking about an integration of a European state that is in the middle of Europe. Some leading figures in the EU did not understand that, for us, it is very important that you become part of the Union”, emphasized Pack.

In this direction, the KAS representative in North Macedonia, Johannes D. Rey, explained that the EU is going through a deep crisis, and that the current European politics are facing major challenges due to the emergence of nationalism and populism that are spreading further.
“The ‘No’ you received from France did not make us happy either. We have worked diligently here in Skopje, with all the parties, in order to receive the negotiation date. However, this should not be frustrating at all, since the crisis is a productive condition. We just have to learn the true lessons, and draw the right conclusions. The credibility of the EU in the Balkans received a major blow, and many citizens are rightfully disappointed. However, we should still keep a dose of optimism and continue with the reforms in North Macedonia and in the EU”, emphasized Rey.

The Ambassador of the Federal Republic of Germany in the Republic of North Macedonia, Thomas Gerberich, says that the reason for not receiving a date for the start of the accession negotiation is the strong skepticism for the enlargement among the citizens of the EU, which forces the leaders of some states to think differently.

“We have to fulfill our promises for a joint realization of the European perspectives of the Balkan states in order to stimulate reforms and a legal state aiming towards a greater wellbeing and security for the citizens. We are convinced that North Macedonia will benefit from its European perspective. Germany will continue to support North Macedonia on its European path. We do hope that the state will intensify its reforms and will convince everyone else that it deserves to start the negotiations with the EU”, said Gerberich.

Marko Troshanovski, the president of IDSCS, thinks that the current negotiation structure has mechanisms that can address the concerns of some member states regarding the reversibility of the process, but there is a lack of political will to activate them.

Zoran Nechev, the Head of the Centre for EU Integrations at IDSCS presented the policy paper “The Parliamentary dimension of North Macedonia’s EU accession to the European Union”.

The internal reforms in a dawn of enlargement uncertainty was the topic of the final discussion, with the presentations of Buraj Osmani, the Vice President for European Affairs at the Republic of North Macedonia’s Government, as well as Nikola Poposki, the chair of the National European Integration Council from VMRO-DPMNE, and Artan Grubi, the chair of the European Affairs Committee and an MP from DUI.