In Asia, the EU is not recognised as a strategic player

von Ansgar Graw
Many Asian nations see the rise of China as a threat. However, although the U.S. Is regarded as a possible counterweight, the EU is losing its standing in the region at an alarming rate. The war in Ukraine could exacerbate this trend.
24. März 2022 Bestellinformationen

In the face of the Russian attack on Ukraine, is the West demonstrating requisite strategic restraint or political weakness? In any event, this war of bloody conquest could leave Europeans and Americans at a disadvantage, suggests Kisbore Mahbubani, one of Southeast Asia’s most astute strategists.

“Just like the Iraq war was a geopolitical gift to China in that it gave China ten free years to pursue growth, this Ukrainian affair could hand China another ten free years for more growth,” said the former Singapore leading diplomat and best-selling author at a Straits Time discussion event held in Singapore today. “And then, if the United States pivots, China’s gross national product will have surpassed that of the U.S.,” added Mahbubani.

In August, the West undertook a humiliating withdrawal from Afghanistan, and now Russia is expanding towards the West. Has the world shifted to a course of “easternisation” (Gideon Rachman), with China as the guiding star of a new global order? Well, it’s not as simple as that.

Comment writers in Hong Kong’s South China Morning Post say that the West is in a position of strength because of the Europe and the U.S. have solidly closed ranks in imposing sanctions against Moscow. And a recent survey on the mood in Southeast Asia, too, shows that in this part of the world, the U.S. is held in especially high esteem.

At the same time, The State of Southeast Asia 2022, a study by the ASEAN Studies Centre in Singapore, presents for Europe what are alarming findings. In the question about the most economically influential country or institution in Southeast Asia, only 1.7 percent of the 1,677 respondents from ten ASEAN nations (East Asia’s China is not a member) say it is the EU.

Almost four out of five respondents (76.7 percent) affirm that Beijing is the dominant economic power in the region. Just under one in ten (9.8 percent) see the U.S. in this role, while among experts from universities, think tanks, business and finance, government agencies, civil society and NGOs, the ASEAN organisation itself trails at 7.6 percent.

More than two-thirds of the experts interviewed (68.1 percent) are even hoping that the U.S. will acquire greater economic influence in the region, and only 31.9 percent would have concerns about it. This stands in stark contrast with the view of China: 35.6 percent welcome Beijing’s growing power in the region, while 64.4 percent find this worrisome.

China is number one

Even Japan is considered stronger (1.4 percent), and Australia with a its 25 million population is on par with the EU and its almost 450 million people. In 2021, the year in which the EU announced its Indo-Pacific strategy, it still ranked at 1.7 percent.

Hardly surprising, China is number one in this playing field (54.4 percent), too, well ahead of the U.S. (29.7 percent). Nevertheless, again there is no mistaking that Southeast Asia looks to Washington as a counterweight to Beijing: 62.6 percent would like greater political and strategic influence exercised by the U.S., while only 37.4 percent would be opposed to it.

For 76.4 percent, China’s power is a matter of concern; only 23.6 percent would like to see more. An overwhelming 80.1 percent want ASEAN to take on a more robust role in the political and strategic sphere.

Southeast Asians have a quite sober view of their collectivity in ASEAN. While from a western standpoint, the region is often perceived as an innovative, hungry tiger, 70.1 percent of local experts regard the Association of Southeast Asian Nations as “too slow and inefficient” to keep pace with rapidly changing political and economical developments.

And 61.5 percent fear that ASEAN is developing into an arena for growing superpower rivalry with individual countries at risk of becoming proxies for these great powers, that is the U.S. and China.

The spreading of the Delta variant in Asia in the past year and also the emergence of the Omicron type from November onwards, may have darkened the mood of the survey conducted in November and December .

Anyone lacking confidence in the efficiency of their own institution will be looking for help from elsewhere. The fact that the U.S. joined with Australia, India and Japan in the Quadrilateral Security Dialogue to form an unspoken alliance of democracies against an authoritarian China was welcomed by 58.5 percent of respondents and opposed by only 13 percent, while 28.5 percent are neither for nor against the Quad initiative.

And there is yet one more category in which the EU’s reputation has suffered in comparison to the preceding year. In the 2021 edition, an impressive 21.5 percent saw the EU as the leading guarantor of free trade—then on par with ASEAN—but in the current survey, the figure for Europeans has dropped to 14.1 percent.

The U.S. as an important partner

So, China is growing in importance—and that is precisely why Southeast Asians insist that they want the Americans to stay in the region: as an economic partner, a powerful geostrategic influence and well-armed guarantor of free trade and freedom of maritime navigation including in the South China Sea.

The high level of trust that “the West” and its products enjoy in Southeast Asia is reflected in the popularity of European or European-American manufactured vaccines. Sixty-four percent of respondents rely on the vaccines produced by Biontech-Pfizer and Moderna, while only 18.7 percent prefer the Sinopharm and Sinovac brands from China.

However, when it comes to trade policy and strategy, these days the European Union is not perceived to be a player in the field. Even so, last year the EU Commission announced in its Indo-Pacific strategy paper that it would deepen “co-operation with partners” in the region in response to “emerging dynamics negatively affecting regional stability” - an elegant metaphor for increasingly aggressive posturing by Beijing.

As far back as 2020, Germany also promised in its Indo-Pacific Guidelines to “expand Germany’s foreign and security policy presence in the region.” The deployment of the frigate Bayern last year on an inspection trip and undoubtedly also a demonstration tour to Japan, Australia, Vietnam, Sri Lanka, Singapore and Indonesia was intended to underscore the seriousness of this commitment.

However, the fact that Germany’s defence minister did not have time to welcome the frigate and its 180-member crew upon their return to Wilhelmshaven suggests that no-one can necessarily expect a focused pursuit of these objectives.

The German version of this article was published in the newspaper www.welt.de. Translated into English by Joern Gaedcke. 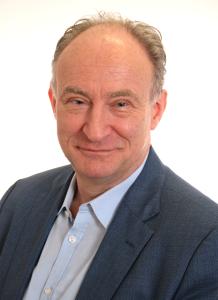