The region in the face of security global changes

In 2015, the Institute of International Studies (IDEI) of the Pontifical Catholic University of Peru, with the support of the Konrad Adenauer Foundation (KAS), established the Security Policy Network, which is made up -in addition to the IDEI- by scholars and specialists from universities in Peru's five neighboring countries, namely, from the Universidad Mayor de San Andrés de Bolivia, the University of Brasilia, the University of Chile, the Pontificia Universidad Javeriana de Colombia and the Instituto de Altos Estudios Nacionales del Ecuador.

This network 's purpose is to spread and strengthen knowledge on security in our respective countries, as well as to make proposals to collaborate in designing and implementing security public policies.

In 2019, its fifth year since it was founded, the Network produced a new publication entitled The region in the face of global security changes, which analyzes how changes occurring in the international scene will have an impact on our countries' security agenda and also on the policies they will assume in the face of such transformations. It is therefore an interesting and current theme, in which the Security Policy Network again seeks to contribute and offer its contribution. A brief summary of the studies that make up the aforementioned work is presented below. 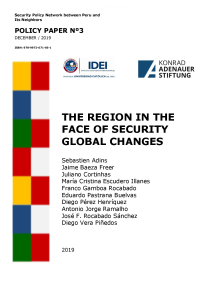 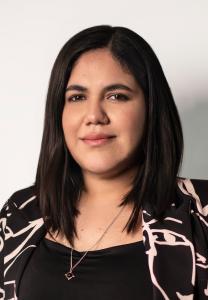