Over the past decade, the tiny gas-rich country of Qatar in the Arabian Peninsula has become an international platform for political negotiations - including the Afghan peace process. Since 2013, Qatar is hosting a representative Taliban office. In addition, Qatar is hosting the US-Taliban peace talks on a possible political settlement in Afghanistan.

At the same time, Qatar has become entangled at the crossroads of the Saudi-Iranian power play over regional hegemony in the Gulf and the Middle East, being diplomatically isolated and boycotted since June 2017 by a Saudi-UAE-led coalition.

Speakers and participants from Think tanks, diplomacy and foreign affairs, media, and NGOs were invited to shed some light on how Afghanistan's political settlement and peace is related to Qatar.

Welcome & Introduction to Qatar’s Role for the Afghan Peace

Afghan Peace Negotiations in the Highly Conflictual Gulf Region: How does the Saudi-Iranian rivalry and the Qatar Blockade Impact the Afghan Peace Process

Current Peace Negotiations: Responsibility for Peace by Qatar, the United States and the Afghan Delegation to Doha

The Picture of Qatar in the Afghan Media & Public 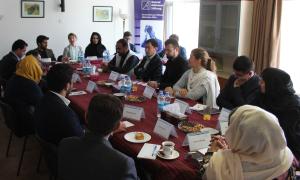 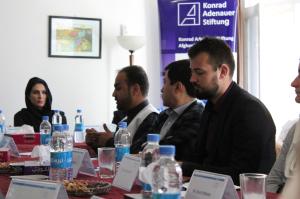 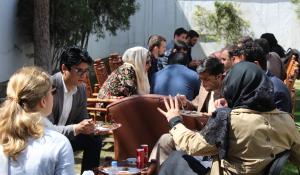