The Rule of Law Programme South East Europe has organised together with its partner, Iustinianus Primus Faculty in Skopje, a conference on Student Religious Literacy. The guest speakers were Professors Tanja Karakamischeva-Jovanovska and Alexandar Spasenovski as well as Dr. Jovan Jonovski from behalf of the Evangelic-Protestant Initiative. The main topics that were debated together with the students from the faculty were „International and Domestic Standards Related to the Exercise of the Religious Freedom“, „The Role of the Religious Communities in a Democratic State“ and „Exercising Religious Freedom“. The conference was organised within the project „Rights of Religious Minorities in North Macedonia“ and it is the third meeting of this kind that took place in Skopje during this year.
20. November 2019 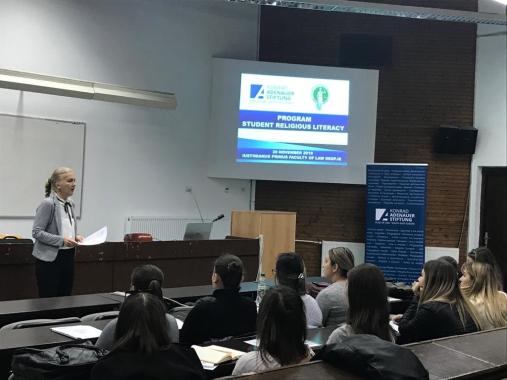 On the side of this event, several meetings were conducted between the representatives of KAS-RLPSEE and KAS Berlin with representatives of the Macedonian Orthodox Church, the Catholic Church, the Evangelic churches, the Muslim community, the Jewish community as well as meetings with the Ambassador Clemens Koja, the Head of the OSCE Mission to Skopje and the German Ambassador in North Macedonia, Mr. Thomas Gerberich. The purpose of the meetings was to discuss on how inter-confessional and inter-religious dialogue functions in North Macedonia between various religious communities as well as to identify challenges and common grounds that could lead to future in-depth research and premises for future dialogue. 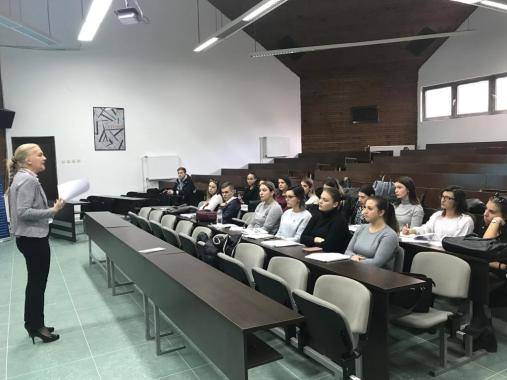