Currently, both Vietnam and German are non-permanent members of the United Nations Security Councils. That is why the Diplomatic Academy and KAS chose the setting of the UNSC as this year’s topic for the simulation game The simulation was designed to help students to understand how UNSC works and how members interact with each other. 32 key players represented 15 countries (2 players per team) who are permanent and non-permanent members of UNSC plus two rapporteurs. Over several days, including preparation with training, in the simulation game they discussed and drafted a resolution for the operation of the UN mission MINUSMA in Mali. This activity was designed to introduce a simulation as educational tools for students to enhance their analytical and practical skills. It was aimed to put students in a choreographed scenario with concrete roles to play and specific purposes to complete. The students were expected to study and analyze the scenario by given materials and additional readings. Later on, they were pushed to play assigned roles and behave accordingly. The game provided a safe space, in which the participants could experience the dynamics of conflictual situations and experiment with different types of behavior. As the participants were stepping into roles which might be very different from their own, they also could develop their empathy and understanding of other positions and perspectives Overall, the project was seen as a pilot step to introduce simulation as a means to develop students' skills, expertise and relational abilities into the DAV curriculum. Another outcome of the activity was to provide a tool for students to test whether concepts, models and theories learned by textbooks and during classes would have concrete utility and help explain the realities. The simulation was designed to help students to understand how the UNSC works and how members interact with each other. This is the second time KAS Vietnam supported DAV to organize a simulation game with the participation of students. In 2019, the ASEAN Simulation Game, also with support and material from CRISP Berlin, received great appreciation of both students and DAV lecturers. This co-initiated and co-organised activity by the Diplomatic Academy of Vietnam, KAS Vietnam and CRISP represented a joint effort to innovate teaching methods in Vietnam.
13. Juni 2020 Bestellinformationen 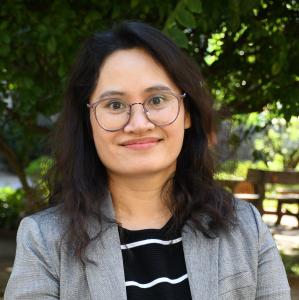 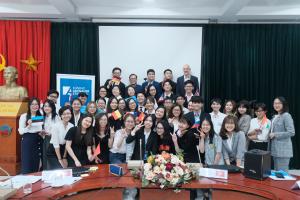