More than 30 years after the end of the communist era, the media landscape in Bulgaria has a bad reputation again. Monopolisation in the newspaper sector, insufficient or inefficient legal rules and a self-regulation system only in theory, all give rise to criticism. A lack of economic transparency, self-censorship and lack of objectivity are often mentioned both by media experts and journalists. More

Concerns over media freedom in Bulgaria have been voiced for several years in a row. The recent Press Freedom Index 2021 of the media watchdog organisation Reporters Without Borders (RWB) deepening of the problematic trend: Bulgaria is again the lowest ranked country in the European Union in terms of media freedom by dropping one place further down in comparison to 2020 (112th place of 180 countries). More

The Bulgarian media landscape is determined by a huge number of media outlets and at the same time an economically limited media market. The amount of media companies does not necessary lead to a more pluralistic and diverse media scene. There is a trend of ownership concentration in the print media. Ownership structures of media outlets are often not transparent. More 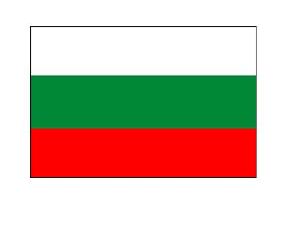