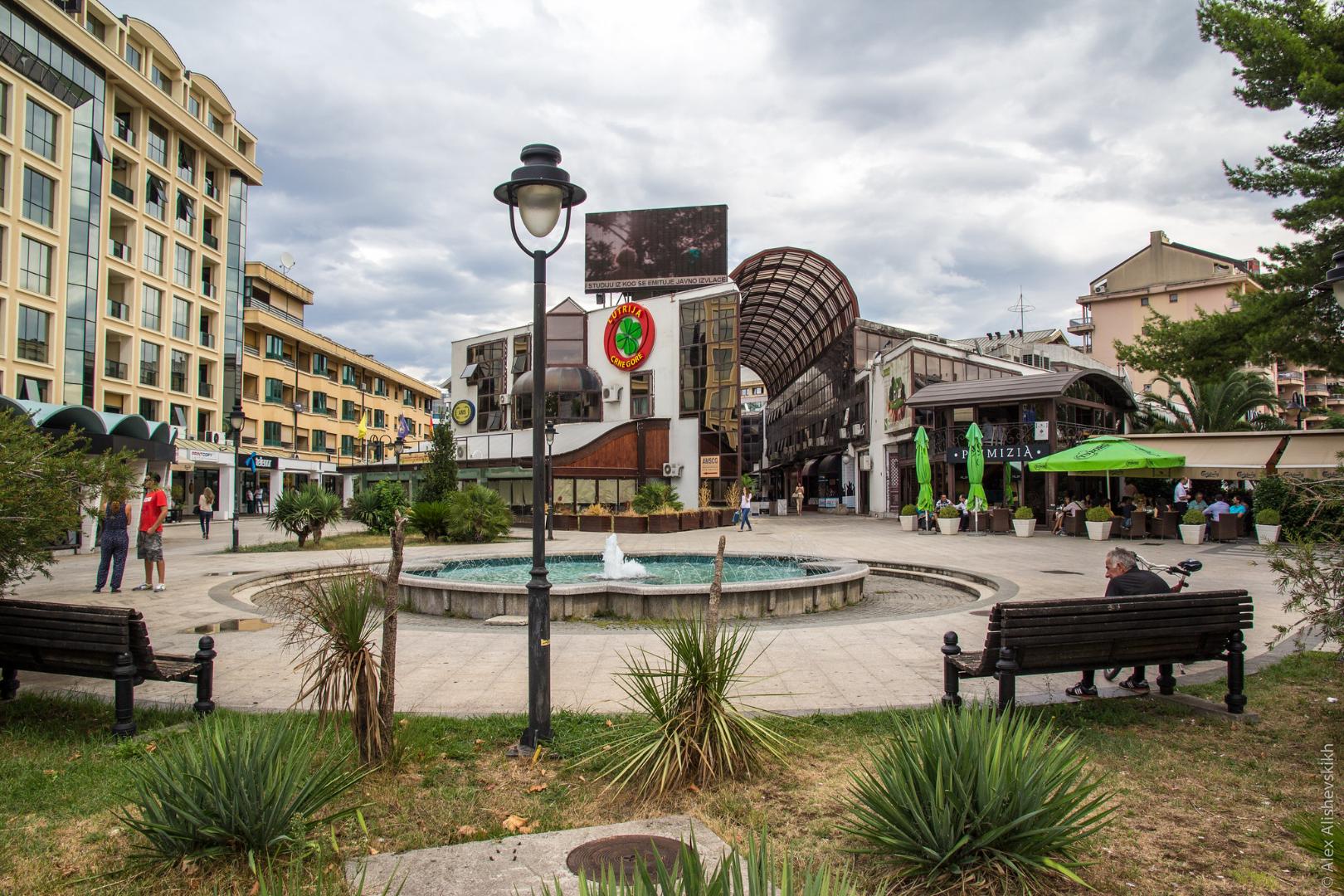 Montenegro is one of the most hostile environments for investigative reporting among the Southeast European countries and the number of serious crimes against journalists has been criticised by international observers, including media watchdog organisation Reporters Without Borders (RWB), the European Union (EU) and the OSCE Representative for Freedom of the Media, Harlem Désir. Except for the public broadcaster RTCG, Montenegrin media outlets have a hard time making a profit which is one of the reasons why investigative journalism is rare to find, the IREX Sustainability 2019 Report on Montenegro states. The hostile attitude towards critical journalists is reflected in the country’s ranking in RWB’s annual Press Freedom Index: It has only slightly improved in recent years, from 105th out of 180 in 2020 to 104th in 2021, having never surpassed the 100 mark. In the region, only Bulgaria (112th) received a worse ranking in RWBs latest index. At the same time, Montenegro is eager to join the EU as soon as possible.

The European Commision states that in 2020 there was no progress made in the field of media freedom. While there had been some legislative amendments in July 2020, they were overshadowed by several arrests and proceedings against editors. The newly elected in August 2020 government described strengthening press freedom and improving conditions for the media and journalists as a priority. However, up to date no legislative actions had been taken by the new government.

The watchdog NGO Freedom House scores Montenegro as "partly free", more specifically, it ranks the country’s media freedom with two out of four possible point, citing self-censorship, political pressure and unsolved cases of attacks against journalists as the main issues. The Media Sustainability Index of the Washington-based NGO IREX, measuring overall sustainability of the media system, including professionalism, legal norms and business environment, gives Montenegro a below-average rating for the Balkan region, noting its very slow, but steady improvement in sectors such as free speech, plurality of news sources and business management. The IREX Sustainability Report 2019 points out that "the influence of political and commercial interests is destroying the Montenegrin media sector by tainting journalistic ethics, lowering professional standards, compromising accountability, and requiring key media managers to constantly calibrate their political or propagandistic line."

According to Freedom House, there was no significant progress in 2020 either. Self-censorship remains a serious issue in Montenegro, there are some concerns regarding the independence of the public broadcaster, the main violations against journalists are still unresolved.

Just like in many South East European countries, a growing figure of crimes against journalists can be noticed, marking an alarming development. What worsens the situation in Montenegro is the seriousness of reported cases. In May 2018, investigative journalist Olivera Lakić was shot in the leg near her home after researching corruption in Montenegro. In previous years, she and her family were threatened repeatedly. So far, the assailants have not yet been identified. The little attention given by the Government to media freedom and the protection of journalists combined with the alarmingly low detection rate of such cases could seriously slow down the country’s EU accession process. In addition, the Balkan country is known as a hotbed for organised crime, corruption and power abuse – a potentially fatal combination for independent journalists. In summer 2013, a bomb exploded outside the home of investigative reporter Tufik Softic. The same happened to investigative journalist Saed Sadikovic in April 2018. Burning cars, assaults of and death threats against journalists and their families are no isolated incidents anymore. They serve to silence those who dare to investigate sensitive issues, criticise the government or other powerful interest groups, effectively fostering self-censorship.

What makes these crimes especially dangerous is that they are not properly investigated. On the contrary, usually the interest groups concerned, be they political or economic, cover up what really happened and why. That is why a majority of cases never gets solved. The South East Europe Media Organisation (SEEMO) for instance criticises that the murder's accomplices of Dusko Jovanovic, editor-in-chief of the daily Dan, still has not been identified since the killing of 2004. Journalists and human right activists have criticised that the police progress was too slow and that only one suspect has been identified and charged for the crime. When cases do make it to the courts, sentences rarely reflect the severity of the crime committed. The threats are, however, not only of physical nature. The fact that rhetoric also marginalises professional and critical reporters has led to a situation in which journalists docility adapt to self-censorship from the beginning of their career. According to the recent IREX report, “journalists in Montenegro, especially in public media, have long labored under the burden of self-censorship even though the country is a pluralistic democracy. Weak unions and meager bargaining power make the situation worse”. The main reasons for self-censorship are political pressure and financial difficulties, and “self-censorship is often neglected in discussions of the state of Montenegrin media”.

What is more, critical outlets like Vijesti have been deprived of state advertising and private companies close to the political circles in Podgorica were also advised not to advertise in the paper, depriving them of their essential funds to operate. On the other hand, unprofitable and low circulation papers with Government ties have been supported. In the oversaturated media market, competition for the small advertising pool has created another force of self-censorship that is hard to avoid when preferential treatment of media outlets by investors is the practice.

In the IREX vibrant barometer 2021, Miško Strugar, director, Radio Antena M, stated that there is “good legislative framework, and there are protection mechanisms, but there is also self-censorship, and, therefore, we have to empower journalists to resist pressures coming from the media owners, authorities, and from other power centers''. He further suggests that self-censorship is related to information regarding the Serbian Orthodox Church. This is due to information producers, both professional and nonprofessional, “that are fearful that they might have problems if they write anything remotely critical about that religious community”.

In spite of improving in terms of the amount of digital platforms, the Montenegrin media is about to deteriorate. Despite gaining more independence in recent years and being – at least theoretically – protected by the Law on the National Public Broadcaster, the Government’s control over the public broadcaster RTCG is clearly visible. In 2018, the RTCG Council fired RCTG’s director Andrijana Kadija for allegedly acting against professional journalistic standards. The dismissal was condemned by international media and watchdog organisations and interpreted as an attempt by the DPS party to reassert control over the broadcaster”, according to Freedom House. Following the replacement of Kadija, the OSCE Media Freedom Representative Harlem Désir stressed that “there should be no political interference in the public service broadcaster’s management” and announced plans to monitor the further development of RTCG’s independence in Montenegro’s media sector.

Although the newly elected in 2020 government declared its intention to amend the 2019 media laws as well as to change the election procedure of the state broadcaster’s board in order to limit the political influence, no progress has been made.

The European Commission’s report on Montenegro highlights a case from March 2020, when two journalists were subject to disciplinary proceedings. Expressed criticism on their private accounts regarding a controversial documentary of RTCG did not result in sanctions but is still concerning. The EC also acknowledges that editorial independence and professional standards are still not accomplished within RTCG and recommends improvements by law in this area.

As in other countries in South East Europe, the violations of media freedom are mostly not due to insufficient legal protection of freedom of speech and press. Enforcement of these rules, often well in line with European and international standards, is the main problem. Libel has been decriminalised for many years and journalists can now only face fines under civil law for such offences. Court cases are, however, filed with worrying frequency and the fines imposed can be out of proportion. The right of access to information is even anchored in the constitution and supported by the freedom of information law since 2005. The regulations were further substantiated with rules that require the authorities to publish information proactively online. The need for this illustrates that a culture of secrecy and resistance to public requests for information are still partly in place. The law also provides for the editorial independence of the public media, but this is not respected, precluding balanced and unbiased reporting. In April 2016, a new Code of Ethics for journalists in Montenegro was launched.

For Montenegro’s European aspirations to materialise, the rogue media environment thus poses a significant obstacle. The improvement of the media situation and fight against organised crime and corruption must go hand in hand, so that the exercise of the journalistic profession can again become a necessary contribution to democratic society, rather than a heroic act.

In 2020, the Parliament enacted new laws on media and the public broadcaster and at the same time continued working on the new law on audio-visual media. The EC however, states that some last minute changes still have to be in alignment with the EU acquis and other international standards.