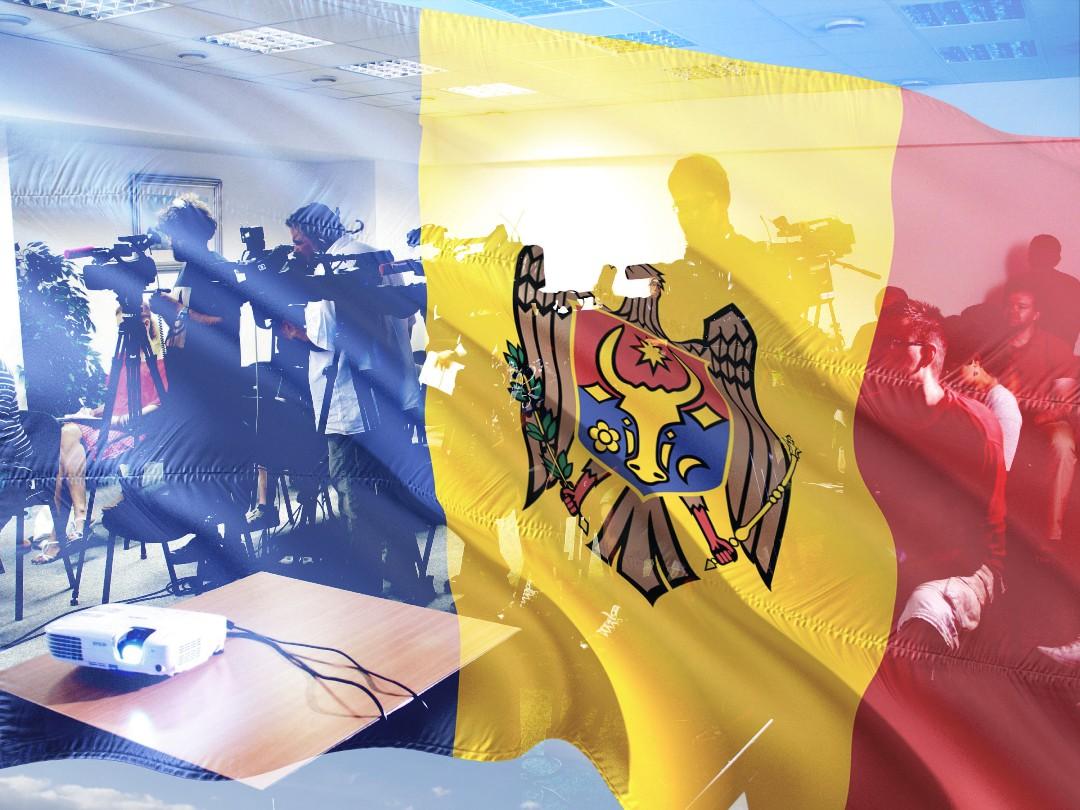 After re-gaining its independence in 1992, the media market of the Republic of Moldova is still facing a series of problems that hinder the development of a free and independent press. A number of changes in media legislation, made in 2010 by the Moldovan Parliament, lead to the NGO Freedom House upgrading the status of the media from "not free" to "partly free" in its annual media freedom ranking. However, since then, there were no more significant developments in this area that would have allowed Moldova to join countries with the status of a free press.

The long and rocky path toward media freedom

According to the country’s Independent Journalism Center (IJC), the lack of significant progress is almost entirely explained by the status quo in domestic politics and in relevant legislation. Insufficient media freedom and independence have been cited as key shortcomings in the implementation of all action plans approved by Moldovan Governments since 2009, when the democratic forces came to power replacing the Communist Party. Even though the democratic Governments pledged for reforming legislation and supporting the development of an independent press, the authorities’ commitments were implemented only in proportion of 30 percent, with many of the provisions regarding media liberalisation and freedom of expression remaining unresolved. These issues include reforming the public broadcaster and privatisation of the state periodical. In March 2015, the legislation was amended by adding the obligation to publish the names of media owners in order to increase transparency of the market. But the adjustment did not have the effect wanted: Many media owners started undermining the law by passing the licences on to intermediaries or even fake owners, the IJC reports. Among other problems that the media have been facing are: pressure and intimidation from officials, difficult access to information of public interest, poor professionalism, etc.

Furthermore, the division of the country’s media into pro-EU and pro-Russia outlets has been even strengthened. Not only the media, but the entire public including politicians and businessmen is split into two opposing ideologies. Recently, the influence of Russian authorities and media in Moldova has increased noticeably, with many Russian oligarchs (partly) owning media outlets operating in the Republic of Moldova.

The 2021 IREX report quotes Eugeniu Ribca, a media legislation expert and the executive director of the MoldStreet website, who states that “Russian propaganda continued to saturate the country’s information space and kept a hold on a segment of the national media audience”.

During the past decades, only a few Moldovan media outlets have managed to get financial and, implicitly, political independence. According to Moldovan media experts, the main reasons for this situation reside in insufficient revenues and difficulties in attracting capital, in poor management and in the lack of fair competition in the advertising market. The quality of journalism is also affected by poor logistics which in turn are determined by a lack of funds. Most media are biased towards the Government or certain political leaders. With few exceptions, journalists do not separate facts from opinion and do not give the audience the opportunity to create its own opinion based on balanced and fair information.

Although explicit forms of state censorship are no longer a common practice in the Republic of Moldova, the Moldovan press is subject to different forms of pressure that result in ethical principles’ violation and self-censorship. And this can affect the media’s ability to serve as a watchdog over the Government’s activity.

In 2021, the IREX report highlights that most media outlets are relying on the financial support of international donors. However, this funding is not sustainable in the long term and therefore, many media outlets are also using Parteon and other subscription services. Yet, during the electoral period, political advertising remained the most efficient way of funding. The 2021 IREX report highlights that media outlets that are operating similar to NGOs  have deprived of this alternative funding stream. This was due to a law prohibiting them from providing services to political candidates which law was, however, overturned in October 2020.