Freedom of expression and its corollary, media freedom, have long been considered two of the main gains of democracy in Romania, after the fall of Communism. The first years after 1989 were "growth years" for both media and political sectors in Romania. In 1993, Romania joined the Council of Europe and signed the association agreement with EU, while in 1995 applied officially for EU membership. The legislative harmonization started and many progresses were made during those years. In January 2007, Romania became a full-fledged EU member, which eased the compliance pressure on the authorities. More

Romania is the top performer in South East Europe in terms of press freedom – at least in the ranking of Reporters Without Borders. And yet, a disturbing rhetoric against the journalists as well as politicised media outlets have contributed to an unbalanced media environment. What is more, the legal provisions protecting independence of the press are not properly enforced and even sometimes in danger of being reversed. More

The print media was heavily affected by both economic crises and the changes in the media consumption pattern. The advertising revenues have decreased slowly, but steadily in the past decade, by circa five percent every year lately. As a result, the newspapers shrank their newsrooms, decreased the number of pages or even shut down their paper editions all together. More 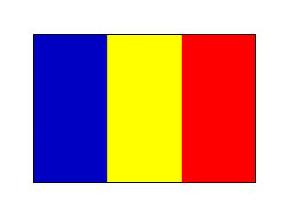