Although after the democratic changes in 2000 it was expected that the Serbian media would quickly develop and gradually reach the European standards, some of the key problems have still remained unsolved even 20 years later. Non-transparent ownership, endangered independence of the media, unfinished media reform and increasingly difficult financial situation are the biggest problems that Serbian media are facing. More

Serbia’s European course is no longer a matter of internal debate – all major political factions have committed to the project. Since Serbia was officially introduced as a candidate for EU membership in March 2012, the country’s task to implement the necessary and already initiated reforms in one of the key areas – media freedom – seems ever more urgent. More

Despite the fact that the Serbian media market is characterised by a large number of public and private broadcasters, as well as print and online media, media pluralism still isn’t satisfactory. The independence of journalists and editors is limited by direct or indirect impact of political parties and the private sector, which is particularly evident in the situation when the minimum number of media is profitable and doesn’t depend on government assistance or powerful advertisers. More 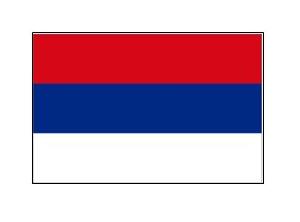