New nameplates for the Konrad Adenauer Avenue in Yaounde, Cameroon

The Konrad Adenauer Avenue in Yaoundé gets a new lease of life following the renovation of the nameplates bearing its name.
26. März 2018 Bestellinformationen 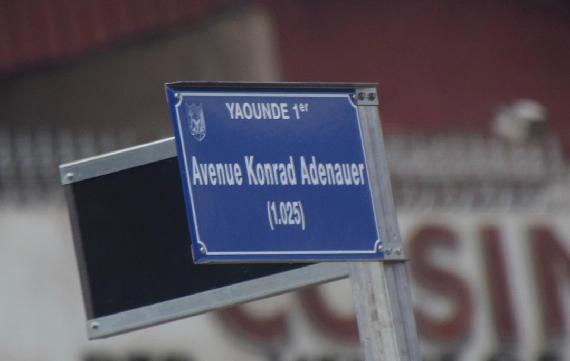 This is thanks to the intervention of Mr. Tsimi Evouna, Government Delegate to the Urban Community council of Yaounde, Cameroon’s capital.

Avenue Konrad Adenauer in Yaoundé, with a length of 1.272 meters, is located northwest of the city center. It is bordered by the Ministry of External Relations of Cameroon (MINREX) on the one hand, and by "La place Rotary" near the town hall on the other. For more than thirty years, counselors of the urban community of Yaoundé, perpetuate these memorial toponyms which are supposed to immortalize personalities having marked the life of the nation. The historic personalities chosen for this purpose by the elected officials of the capital are grouped into three main groups. First, the customary notables of Yaoundé and other geographical areas, such as: Charles Atangana, Joseph Atemengue, Joseph Balla E, Martin Paul Samba, Sultan Njoya, lamido Rey Bouba, Lamido Hayatou Hammao ... Then there are a few toponyms that refer to political figures who have marked the life of the country such as Ahmadou Ahidjo and his wife Germaine, John Ngu Foncha and Rudolph Douala Manga Bell. The last category is made up of foreign personalities, like Marshal Foch, Narvick, Nachtigal, Konrad Adenauer, Charles de Gaulle, Winston Churchill, John F Kennedy, Henry Dunan, Leclerc, Mgrs Grafin, Vogt, Henri Vieter. 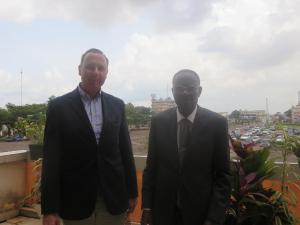