The Centre for China Analysis and Strategy (CCAS) and the India Office of the Konrad Adenauer Stiftung (KAS) organized an event on "China’s Third New Era Under Xi Jinping" on Thursday, 31 March 2022, 7:00 pm (IST) in New Delhi. Essentially the event sought to ascertain how Xi Jinping tightening his grip on members of the Politburo and the higher echelons of the Party has impacted the internal working of China. It also explored China’s attitude and posture towards India, which have undergone definite change since Xi Jinping adopted an aggressive foreign policy to achieve the 'rejuvenation of the Chinese nation'. This included the ongoing incursions along the Line of Actual Control (LAC) in Ladakh since May 2020 along with an emphasis on China’s perception battle.
1. April 2022 Bestellinformationen

In October-November 2012, when Xi Jinping was appointed the General Secretary of the Chinese Communist Party Central Committee, the Chairman of the Central Military Commission, and the President of China i.e. all three posts were given after a gap of thirty years at the same time.

To continue reading the whole outcome report kindly refer to the attached pdf on the same webpage. 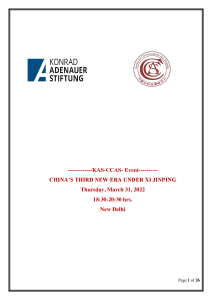 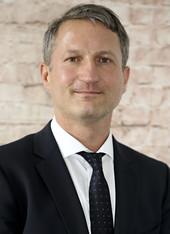