Graduation Ceremony at the Center for Bedouin Studies in Beer Sheva

The graduation of the students in the “First Year in the Engineering and Natural Sciences” program took place on Sept. 20, 2006. The graduation was attended by students, parents, Dr. Lars Hänsel (Representative of the Konrad Adenauer Foundation in Israel), Prof. Yigal Ronen (the Dean of the Engineering Sciences Faculty) and the staff of the Center for Bedouin Studies and Development. Also present from the Konrad Adenauer Foundation were Mr. Rolf Behrens (Program Assistant), Ms. Catherine Hirschwitz (in charge of projects with BGU), Ms. Lea Hilsemer and Mr. Thomas Hillesheim (both trainees in the Jerusalem and Ramallah offices). Laptops donated by Mr. Robert Arnow were awarded to the 15 out of 16 graduates continuing at Ben-Gurion University.

Dr. Riad Agbaria (Academic Director of the Center) and Dr. Lars Hänsel welcomed the students - Dr. Hänsel, from Germany, spoke in Hebrew. Prof. Yigal Ronen also addressed the graduates, expressing the hope that the number of graduates in the 2006/07 Program that will be accepted into departments in the Engineering and the Natural Sciences faculties will match or exceed the success of this year's program. Dr. Salem El-Sana (Administrative Director of the Center) showed a PowerPoint presentation which detailed exactly how the program operated, as well as listing the graduates and the departments in which they will study. Ms. Nura Al-Mahdi, a BGU student, moderated the event.

Professor Daud Shuti from the Technion (the first Arab in Israel to get a Ph.D. in Math) was the keynote speaker. He gave a most interesting talk to the students about how to survive in the university milieu, and how to succeed in their studies. He explained how important this is for their future and the advancement of their community. His dream is that hi-tech companies/factories, will eventually be set up in Bedouin towns, and the Jews will come to work in the Bedouin factories, instead of vice-versa.

The graduation was held in the Senate and was preceded by a dance troupe of young Bedouin men performing Debkas. 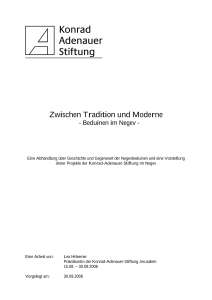