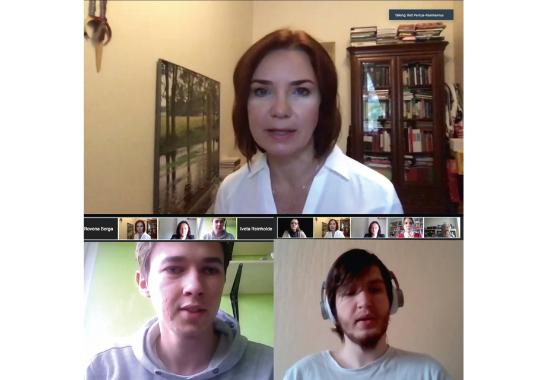 On October 3, participants of Online Masterclasses for Young Political Leaders of Baltic States had a chance to discuss political participation and good governance issues with Member of the Parliament of the Republic of Estonia and Former Minister of Foreign Affairs for Estonia Keit Pentus-Rosimannus.

Touching the subject of social media usage in good governance, risks and benefits it might pose, Keit Pentus-Rosimannus pictured the future, saying: “[…] the person owns the data. It is not the companies that own the data, it is not the service providers who can decide what to do with my data, but it is my data and it is up to me whom I give the permission to use it, if I even give the permission to use it and how they can use it.  And I can always reverse my decision.”