Everything you need to know about ELECTIONS - Auslandsbüro Libanon 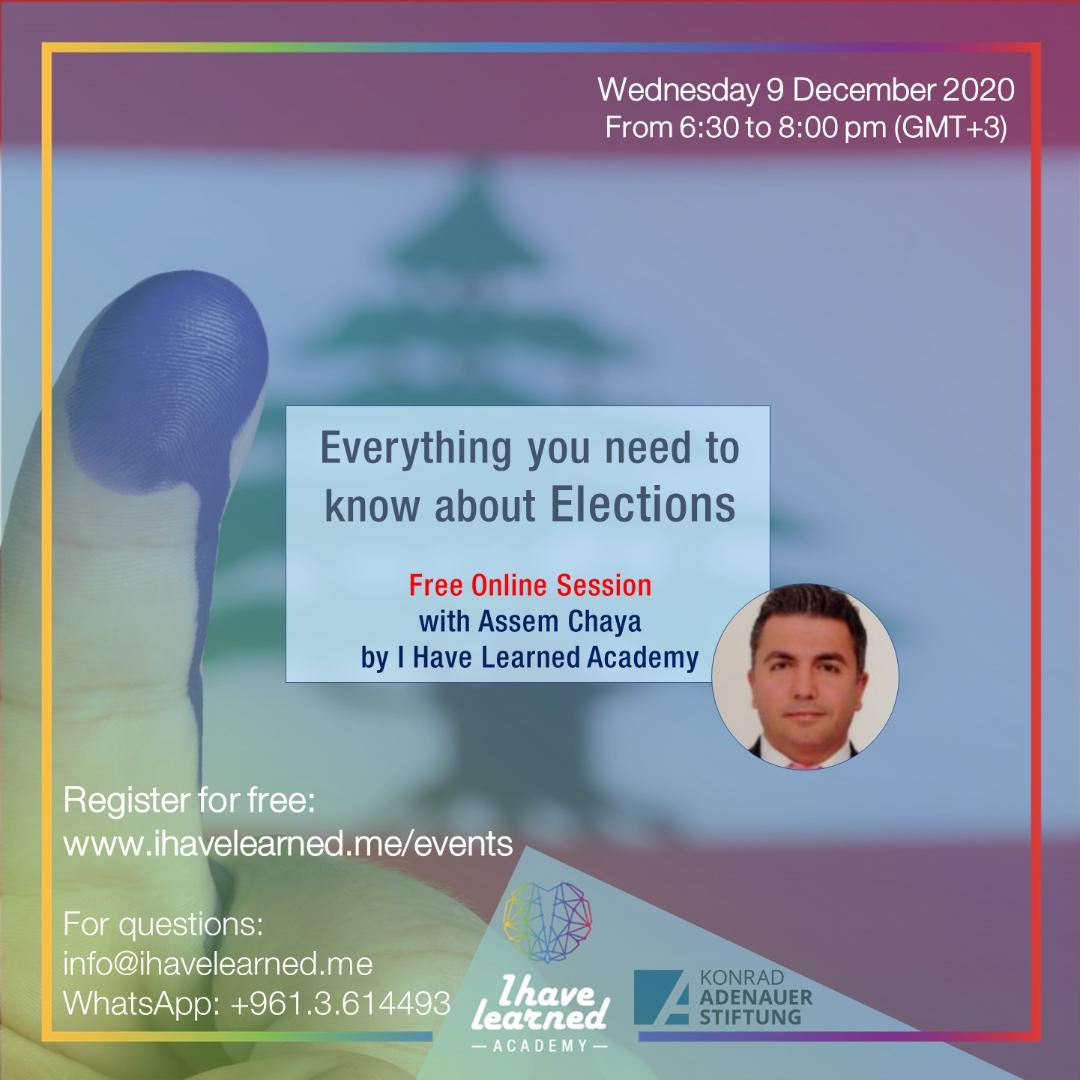 Elections in Lebanon are allotted to occur every four years. Every citizen is allowed to vote, but the positions are constitutionally allocated by religious affiliation. In 2014, the Parliament failed to elect a president and extended its own term.

In this session we will discuss:

This session is part of the Free Online Series Program done by I Have Learned Academy in collaboration with KAS - Konrad-Adenauer Stiftung: "Innovation & Think Tank Sessions for a better Lebanon"

Booking ahead is a must, places are limited: https://ihjoz.com/events/5907-innovation-think-tank-sessions-for-a-better-lebanon-free-online-series-by-i-have-learned-academy#checkout