Political Dialogue with Lebanon for the EPP - Auslandsbüro Libanon

Political Dialogue with Lebanon for the EPP

From 24 to 26 October 2018, the Konrad-Adenauer-Stiftung welcomed ten members of the EPP - European People's Party and their associates for an intense political dialogue with Lebanese experts and politicians on Lebanese affairs.
24. - 26. Oktober 2018

From 24 to 26 October 2018, the Konrad-Adenauer-Stiftung welcomed ten members of the EPP - European People's Party and their associates for an intense political dialogue with Lebanese experts and politicians on Lebanese affairs.

The extensive program started by a meeting with His Excellency Ambassador Christina Lassen, head of the Delegation of the European Union to Lebanon since 2015, and was followed by a broad insight into Lebanese politically diverse landscape described by Dr. Sami Nader, director of the Levant Institute for Strategic Studies. The far-reaching impacts of political events were portrayed by Ms. Lea Baroudi, activist and founder of a Lebanese NGO, MARCH, who works on several projects to improve the living conditions of the Lebanese youth in North Lebanon and Beirut. For lunch, the delegation was joined by former President of Lebanon, Amine Gemayel, and current chairman of the Maison fu Futur think tank. The participants were then welcomed at the Kataeb Headquarter in Saifi where they got a better understanding of the party’s history, political programs and structures. The day ended with a talk with president of the party MP Samy Gemayel.

The second day of the visit continued with an overview on Lebanese politics regarding Syrian and Palestinian refugees, given by Dr. Ziad El Sayegh, senior advisor to the Ministry of State for Displaced Affairs – a recently set up ministry commissioned with forming and executing a political program for the ongoing refugee crises in Lebanon. The delegation met subsequently with His Excellency Ghassan Hasbani, Vice Prime Minister and Minister of Public Health, before the delegation continued for several meetings with representatives from Lebanese Forces. Later, His Excellency Jean Oghassabian, Minister of State for Women's Affairs, welcomed the visitors to give further insides on Lebanese affairs.

The last day included a field trip to Bekaa Valley, an area next to the Syrian border, where the delegation got to see personally the living conditions of Syrian refugees in a camp with 33 families, many of the being displaced since 2012. Mr. Bashir Khodr, first governor of Baalbeck Hermel, discussed afterwards the extensive impacts of the Syrian war on his locality.

The members of EPP and their associates exchanged extensively their ideas and thoughts on various political topics among each other and the representatives they got to meet during their three-day visit to Lebanon. 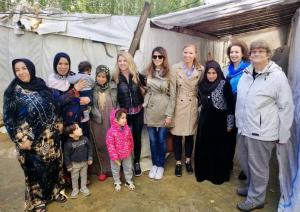 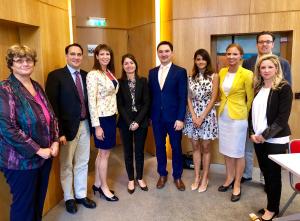 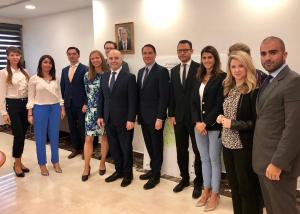 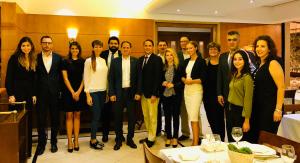 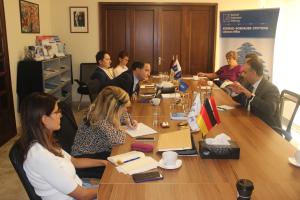 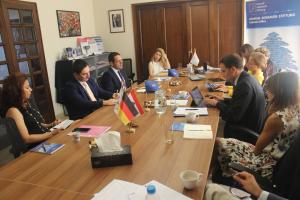