While September 2020 marks 100 years since the Proclamation of the State of Greater Lebanon, the country today is plagued by a myriad of crises. This may prove a critical inflection point for Lebanon as a whole. The Carnegie Middle East Center and Konrad-Adenauer-Stiftung are hosting a four-part series of panel discussions, which will look at where Lebanon stands on its Centennial, as well as the opportunities and challenges for the new century.

Security forces in Lebanon have deployed increasingly violent measures against anti-government protestors in recent months, including the use of live ammunition, rubber bullets at close range, and heavy tear gas. Government officials have also cracked down on journalists and media outlets through censorship, lawsuits, and smear campaigns. Residents across the country now fear increased violence and restrictions, dwindling freedoms, populism and the forced repatriation of refugees.

Join us on Tuesday, September 22 from 5:00-6:00 p.m. Beirut (GMT+3) for this third panel discussion on security and freedoms in Lebanon. The event will be held in English. Viewers may submit their questions via the Live Chat feature on YouTube during the livestream. 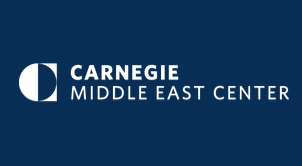