A two-day conference about external interventions in the Arab Middle East was held on May 17-18th 2017 by the Konrad Adenauer Foundation and Maison du Futur in Bikfaya in the presence of regional and international experts.
17. - 18. Mai 2017

The aim of the conference was to find common ground on multiple challenges facing the region and to transcend the limits of prevailing narratives by creating a fruitful dialogue. An underlying question was whether the Arab Middle East needs to draw a new map or is rather in need of a new mindset. Considering the situation in Syria, the experts agreed that war there is in many ways the prime example of outside – regional and international – interventions in the Arab world. For this reason, Russia’s engagement, the burden it puts on Lebanon as well as different international efforts to find a diplomatic solution were profoundly discussed. Light was cast on this issue not only from a political and humanitarian point of view, but also from the perspective of international law. The idea was advanced that the Syrian regime violated international law by inviting Russia to oppress its own population. Other interventions that were debated were Libya, Yemen and Iraq. Closely linked was the more general question of cause and effect of external interventions, the economic and social impact they have on the affected state systems and the region as a whole. Experts from the countries in question, such as the US, Iran and Russia offered additional insights into the motives and agendas of their intervening states. During the discussion it became very apparent how closely interlinked international, regional and domestic events are and that globalisation plays an important role. Furthermore, attempts were made at finding a coherent way forward on Iran after the Nuclear accord. Eventually, the idea of an Arab roadmap for the region aiming at ensuring its stability was also debated. 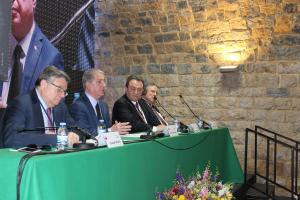 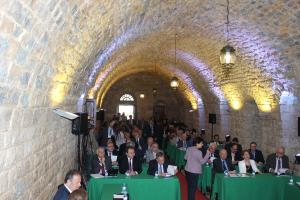