Democracy, Development and Human Rights in the Context of Crisis: The Case of North-Africa

Over the last half-century, political science has made a huge progressas an emerging discipline within social sciences. Nonetheless, in terms of its capacity to produce sound scientific knowledge about political phenomena, it seems to be in a preparadigmatic state (Thomas Kuhn, 1962). Obviously, the spectacular proliferation of research conducted in different subfields of political science, and its ability to appropriate various methods originating in other call disciplines, do not seem to be sufficient to prevent what some researchers “the tragedy of political science,” which makes the latter become less relevant as it seeks to become more scientific (David M Ricci, 1984). As a result of this paradoxical situation, numerous key questions that were investigated by political scientists decades ago, seem to be still on the agenda  of research today, such as the issue of linkage between democracy, development and Human rights. Indeed, the crisis of Covid-19 as an unprecedented global health crisis in modern times has given strong momentum to such an old debate. This renewed interest stems from the very fact that the way this crisis has been dealt with, so far, has blown the lid off the limitations of both strategies of development and democratic governance, when it comes to respecting human rights in both developing and developed countries.

The question as to how political systems impact development is one of the main problems in contemporary political science. It is debated especially in studies of democratic transition and comparative systems. Since the article of Martin Lipest to the recently published studies comparing the ways through which different political regimes have been handling the pandemic, political scientists are yet to build a Democracy, development and human rights in the context of crisis : the case of North-Africa paradigm that allows identifying points of articulation of politics and development. According to a worldwide research conducted by Adam Przeworski, economic development is not necessarily conducive to political democracy (Adam Przeworski et al 2000).

The articles in this book suggests using the various analytical and theoretical tools developed by political scientists since the end of the 1950s, in an attempt to deconstruct the relationship between democracy and human rights on the one hand, and between democracy and development-related issues on the other. The articles that originated from papers presented in a conference on the same topic, held in Rabat in 2020, try to engage with a preliminary assessment of different strategies North African states have been using to deal with the Covid crisis. The assessment aims to shed light on the consistency of these strategies with international human rights standards on the one hand, and to look at the implications of these strategies for the liberal perception of human rights on the other. 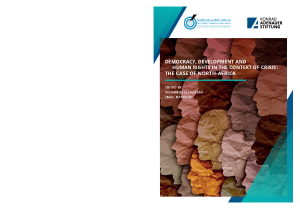 Publikation Democracy, Development and Human rights in the context of Crisis The case of North Africa (220033132).pdf
Herunterladen
Kontakt 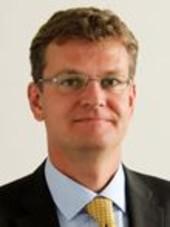 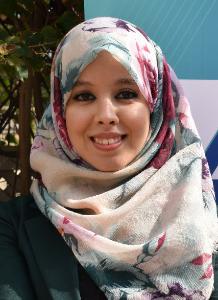