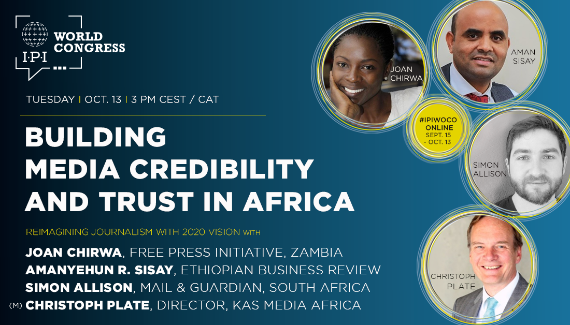 The media's credibility crisis in Africa

KAS Media Africa Director Christoph Plate moderated a conversation with Simon Allison, Africa Editor of Mail&Guardian and Editor of The Continent and Amanyehun R. Sisay, publisher of the Ethiopian Business Review about building media credibility and trust in Africa. 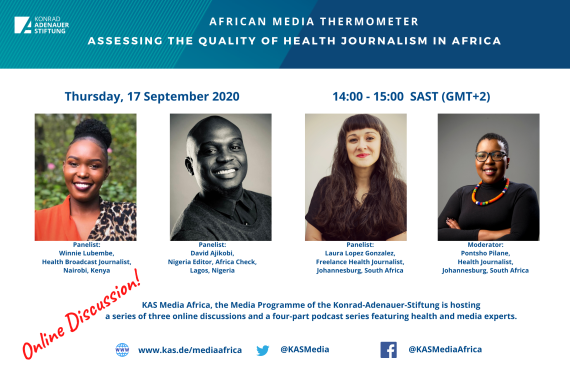 Assessing the quality of Health Journalism in Africa. 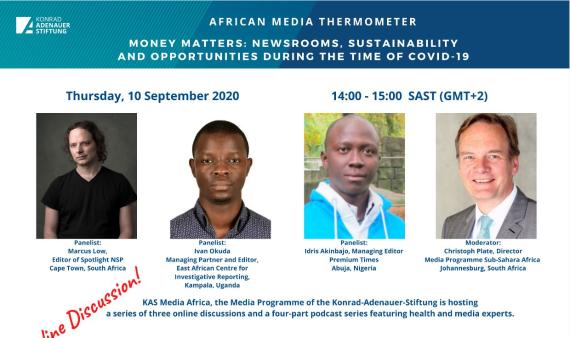 Money Matters: Newsrooms, sustainability and opportunities during a time of Covid-19

Access to medicines and treatment during Covid-19 and beyond 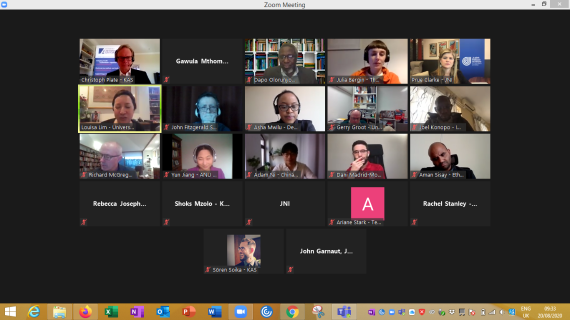 Innovating in what’s left of the South African media industry

A series of podcasts and discussions about Health Journalism

The death of the African American George Floyd has shocked many observers worldwide, who did not discuss racism as it doesn’t affect them personally. Not only in the US, but also in Germany, the United Kingdom, Belgium and France did people take to the streets to protest against racism in their respective societies. But how have the events in Minneapolis and subsequent demonstrations in over 50 cities in the United States, where black people protested and put racism on the Agenda, been reflected in Africa, the continent of predominantly black people?

Radio and Pandemics: COVID-19 coverage by stations in Kenya, Tanzania and Uganda

COVID-19 in East Africa: How community and vernacular radio stations are influencing social and behavioural change in East African countries 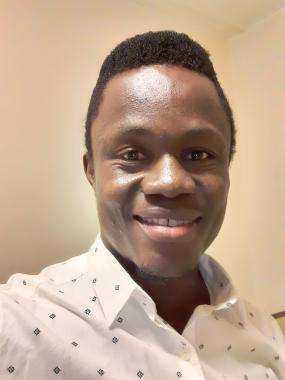