The Konrad Adenauer Stiftung held a workshop on effective law-making for Plateau, Cross River, Ogun, Oyo and Enugu States Houses of Assembly between the 30th of May and 3rd of June. The event took place at the Obudu Cattle Ranch.
30. Mai - 3. Juni 2016

The interactive workshop was attended by the lawmakers as well as clerks of the State Houses off Assembly and looks into a big variety of matters.

Lectures were given on Accountability to the electorates and the parliamentarians encouraged to meet with their electorates regularly and inform them of their legislative, financial and other activities for the benefits of the electorates as well as the Members of parliament. The discussion on Budget Tracking and Evaluation addressed the transparency and accountability gaps in state governance structures and recommended ways how State Legislators can fight corruption also at the level of State Budgets.

Sessions on Public Petitions and on Building Partnerships, addressed issues of legislative cooperation between the States, the Federal Government and how Civil Society, Universities, Members of Industry and others can add to have progressive legislations being enacted at the state and federal level to promote good governance, service delivery and security in Nigeria.

Among other topics, Public Policy vs. Community Needs/Demands as Basis for Law Making, Solving Conflicts and Violence based on Ethnic and Resource Problems in the State was discussed in order to sensitize the parliamentarians on making laws that will benefit the citizens and promote development and to look for opportunities on how to minimize violence in the states which are based on ethnic and resource problems.

After these full days of lectures, group work and discussions , the workshop, which promoted the knowledge on peace and conflict resolution and provided opportunities for networking, peer learning and partnership amongst legislators from different regions in the country, was closed by the Country Director of KAS, Mrs. Hildegard Behrendt-Kigozi, who announced that KAS would also offer such Workshops for each State House of Assembly who participated, in their own State to hold discussions and deepen on the relevant issues. 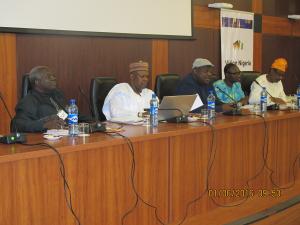 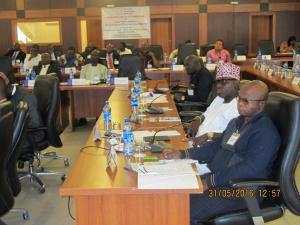 Parliamentarians at the event 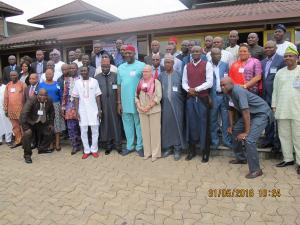 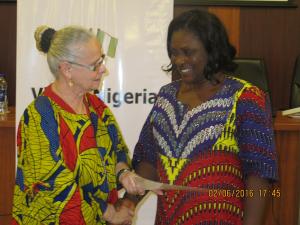