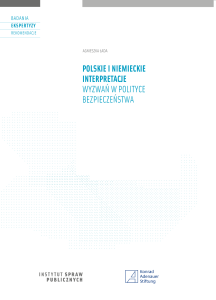 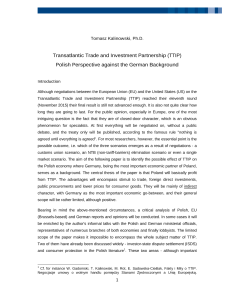 Polish Perspective against the German Background

The aim of the following paper is to identify the possible effect of TTIP on the Polish economy where Germany, being the most important economic partner of Poland, serves as a background. The central thesis of the paper is that Poland will basically profit from TTIP. The advantages will encompass stimuli to trade, foreign direct investments, public procurements and lower prices for consumer goods. They will be mainly of indirect character, with Germany as the most important economic go-between, and their general scope will be rather limited, although positive.