THE MEETING OF YOUTH FROM SERBIA AND KOSOVO – DIALOGUE, COOPERATION, TRUST

From 25-28 May 2008, in cooperation with the foundations Konrad Adenauer, Fund for open society Serbia and organization Ligo Lex Legis from the Faculty of Law in Pristina, The Youth Dialogue Programme held the first official gathering of youth from
25. - 28. Mai 2008

This conference was organized only two months after the unilateral declaration of independence of Kosovo and represents a clear signal that young people have sent out to both domestic and international actors and the representatives who participate actively in the processes regarding Serbia and Kosovo. This message, addressed at the social community, means that young people are ready to continue the dialogue immediately and resume the work on the shaping of a common European perspective for the citizens of Serbia and Kosovo without delay.

During the organization of this meeting, two particularly important issues arose that will determine future relations, and these are the question of the position of minority communities in Kosovo and how to motivate these communities, through a joint effort, to address the institutions in Pristina as the forum for the protection of their rights. The second issue that appeared to us as a very important one is the issuance of Kosovo passports, which is expected to start soon after the transfer of a part of the UNMIK competences to the Kosovo institutions. We should emphasize that, during our coopera-tion hitherto, we have come across a great deal of understanding on the part of the Ministry of internal affairs of Serbia, which has been allowing the arrival of participants who possess only UNMIK travel documents.

The same was the situation with this conference, since all the Albanian participants were in possession only of UNMIK documents. As organisers, we consider that further improvements will be made in respect of UNMIK documents. It is important to note that the Serbian Government now openly recognizes the institutions of UNMIK in Kosovo, from which it might follow as a logical consequence that the travel of persons with UNMIK documents will be further liberalized. As an organization, we intend to lobby domestic institutions to that effect. However, it is quite likely that there will be an interruption of cooperation i.e. in the movement of persons and goods once the Kosovo passports are used. It is difficult to envisage the situation in which the Serbian authori-ties would recognize such travel documents.

We consider that there will be an interruption of cooperation in the direction Serbia-Kosovo, but not vice versa, that to the extent that it has so far been. Besides these two issues, a lot has been said about the influence of Serbian and Albanian media on the processes of reconciliation between the two communities, intercultural dialogue and the transformation of societies of the Western Balkans into developed civic societies.

One of the speakers was Ms. Claudia Nolte, Director of Konrad Adenauer Foundation in Serbia, who spoke about: “German For-eign Policy toward Serbia and Kosovo.”

Ms. Claudia Nolte, besides her active role today as a Director of Konrad Adenauer Stiftung in Serbia, has been active in German politics for so many years before. After all her engagement in Politics, she gave participants nice overview of the international politics, about current politics of EU and Germany towards Balkan region. She believes that it was very hard to reach some solution on the consensus of both sides – Serbia and Kosovo about Kosovo status. She thinks that Kosovo independence was the only solution, because two sides could not agree, and all negotiations were in vain. She pointed out that EU will allow further enlargement and will help EU Integrations of Serbia and Kosovo. However both sides have to show willingness, and to do a lot on in the field of standards, human rights protection, stability of democratic institutions, protection of minority rights, etc. Participants were active in discussion and wanted to bring up Ahtisari‟s plan, Resolution 1244, EU countries which accepted Kosovo as in-dependent state, EU integration, and NATO integration of the region.

This project was realized in cooperation and with the financial support of Konrad Ade-nauer Stiftung and Fund for open society Serbia. 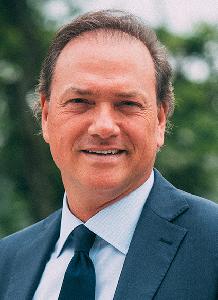