The Inter-regional Meeting of the Bishops of Southern Africa (IMBISA)met in Harare to discuss on how the Church leadership can play a role in eliminating corruption and promoting good governance. The result was a communiqué.
16. - 19. November 2009

Transparency, accountability and good governance in our Region

IMBISA is the Inter-regional Meeting of the Bishops of Southern Africa comprised of the following countries: Angola, Botswana, Lesotho, Mozambique, Namibia, São Tomé e Principe South Africa, Swaziland and Zimbabwe. Inspired by the spirit of the recent African Synod of Bishops in Rome and as a follow up on the IMBISA Plenary on Good Governance, in Angola 2007, the Secretaries General of IMBISA gathered in Harare, from 16th – 18th November 2009, to deliberate on how the Church leadership can play a role in eliminating corruption, promoting good governance for the common good. We live in a region rich in history and natural resources. We believe that the blessings of God are still abundant, especially with the recent peaceful elections in Botswana and Mozambique. We look forward to the same trend in Namibia on the 27th – 28th November 2009. While we appreciate these and other blessings we note with sadness that many of our people suffer and live in abject poverty. Some of the causes of this suffering and poverty are natural disasters but many are man-made, such as bad governance, corruption and human irresponsibility. In this communiqué we are addressing Political and Religious Leaders at all levels in our region and all People who love their countries. The following are some of the areas of concern identified by the Secretaries General: Lack of accountability and transparency Ignoring the rule of law Awarding tenders to political friends or family members Unethical practice in procurements of goods and services Excessive militarisation Bribery in both public and private sectors Patronised justice systems Poor service delivery at national, provincial and local government levels Lack of participatory and servant leadership Discrepancy between high and low salaries and Development that is not sensitive to the environment and integrity of creation. In addressing these areas of concern, we note that the Church is an integral part of society. We therefore need continual personal conversion and institutional renewal as a way of achieving good governance and transparency. Political leaders are elected by the people not to enrich themselves but to work for the common good. Civil servants are employed to SERVE the public. Nurses and doctors have to combine efficiency and compassion. Teachers have to remember that the future of the next generation is in their hands. The military and the police should not be instruments of political parties in power but are there to protect the citizens and defend the whole nation. Independent institutions such as the Electoral Commission and the Judiciary must jealously guard their independence and resist being dictated to by the political authorities. Political Leaders should challenge each other and use the mechanism available such as the African Peer Review. We urge governments in our region to secure the right of access to public information and participation in policy formulation, implementation and monitoring. We reiterate that our region is not helpless. Its destiny is in the hands of those who live in it, politicians, governments, religious communities and all citizens in general. We need active collaboration to achieve the ideals of a corruption free, peaceful and prosperous society.

May God bless our region! 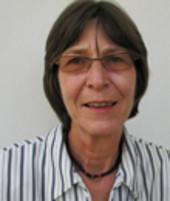 Head of the KAS office in Zimbabwe