Should the Czech Republic show a sharper approach to Russia because of the Ukraine-crises?

The crises in Ukraine and intervention of Russia showed in full light how fragile the piece in Europe actually is. What does it mean for the safety of the Czech Republic and their citizens?
10. Juni 2014 19:30 - 20:45 Uhr

Should the Czech Republic show a sharper approach to Russia because of the Ukraine-crises?

Russian intervention in Ukraine divides czech political, business and citizen sphere. The public debate dedicates itself especially to finding the culprits of this conflict, which had risen on the frontiers of EU. We would like to invite you to a public debate, that sees this conflict from a slightly different point of view and will concentrate on the actual impacts of the crises in Ukraine to the lifes of czech citizens.

On this debate will take appearance as the lead speaker Mr. Karel Schwarzenberg, president of the foreign committee of czech chamber of deputies, chairman of the TOP09 party and former Secretary of state. Another participants will be Petr Kolář, former ambassador in USA and Russia, František Masopust, executive director of the Chamber of Trade and Industry for CIS Countries and Stanislav Kázecký, vice president of the Confederation of Industry of the Czech Republic for foreign relationships and EU.

The public discussion is organized by ELAI and the Foundation of Konrad Adenauer.

Another details can you find at this page on the right side. 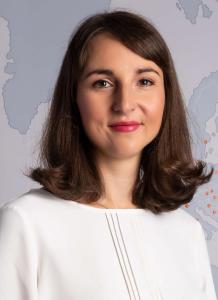 alena.resl@kas.de +420 222 320-190
Program Should the Czech Republic show a sharper approach to Russia because of the Ukraine-crises?
Herunterladen