"Towards Reconciliation in a Broken World: Jewish and Christian Contributions to Responsible Citizenship" is an international conference organised by The International Council of Christians and Jews and supported by the Konrad-Adenauer-Stiftung.
24. - 27. Juni 2018

The conference, taking place on June 24-27 in Budapest and Kecskemét, commemorates the 100 years since the end of the First World War. As Central Europe was one of the regions most influenced by the aftermath of this tragic conflict, it brought about an opportunity for some nations in this region to pursue their political

independence for the first time in history after 1918. On the other hand, some were left with a bitter sense of loss and victimhood. The events that followed, including a brief period of democracy, the rise of nationalist and fascist regimes, the Second World War, the Shoah, communist governments, and the shift to democracy and free-trade capitalism have given rise to new discrepancies and caused even deeper wounds.

It is due to an increase of awareness of the need and yearning for reconciliation among various groups and communities, that the 2018 annual conference of the The International Council of Christians and Jews (ICCJ) seeks to explore the Jewish and Christian contributions to this process in wider perspectives.

After the opening event and dinner for conference participants on Sunday, June 24, the conference continues on Monday and Tuesday, introducing the first set of sessions and workshops. A Jewish and Christian Morning Prayers is organised on every morning, while the workshops and joint bible readings focus on diverse topics such as 'Religious Fundemantalism and Political Extremism', 'Reconciliation in Judaism and Christianity', 'On Leaving the "Victim-Mentality" Behind in the Context of Central Europe' and 'How can I find God in the "Other"?'.

The bus transfer to Kecskemét takes place on Wednesday, June 27, where the Mayor of Kecskemét welcomes the guests. After the closing session and dinner, the bus transfer back to Budapest follows in the evening.

For more details concerning the programme, please consult the link in the sidebar on the right. 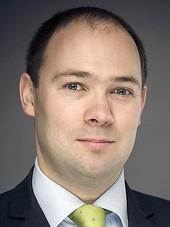