Hammer and sickle, Ampelmännchen and Pittiplantsch, blueshirts with a rising sun on their sleeve, a smiling Erich Honecker – with these symbols the GDR celebrated their virtual resurrection not only on the internet. Uncertainty in regard to the future, prejudice in the East as well as in the West and biased memories had a large influence. Work for all, security and solidarity – these sounded like great values implemented by the GDR. Didn’t some of the ideals of this vanished country seem to offer an appealing alternative?

In an opinion poll conducted in 2006 in East Germany, 65 percent of the respondents reported predominantly positive experiences with the German unity. At the same time, 60 percent saw the GRD in a positive light rather than a negative one. This raises the question: Why was the peaceful revolution, the fall of the wall or the path to a unified Germany needed, when it demanded so much of some people?

Collective work and life were the focus of socialist everyday life. Everyone was required to and was educated to use their whole force to strengthen socialism. Individualism and pluralism did not apply. Those who put their own interests aside for the cause were acknowledged and rewarded. Those who accepted the leadership of the Socialist Unity Party (SED) and their rules and goals, could lead a relatively normal life in the circumstances. This included the right to work, equal rights for men and women, a modest prosperity, openness and solidarity in the circle of acquaintances. These people however were exploited through political adaption in a highly ideological society and led a life that was guided from birth to death in a largely predictable path.

Only 30 percent of East Germans identified themselves with the political system of the planned economic and social structure. Nevertheless the SED drew their power from the willingness of the population, like any dictatorship.

The price that the East Germans paid for their ‘security’ in their ‘custodial state’, were the restriction of personal freedoms and internationally valid human rights. Those who opposed national interests, freedom of travel and speech or individual development opportunities was exposed to enormous pressure or even persecuted.

Only someone who was willing to come to terms with economy of scarcity, pollution, a surveillance state and firing order on the border, or who suppress this reality for themselves and accept their life as unalterable, was able to view everyday life in the closed society of the SED as generally normal.

While the portal will be expanded gradually, illuminating all facets of everyday life in the GDR is impossible. Instead, we want to encourage discussions on the topic, enhance textbook knowledge, as well as offer those interested quick access to the major topics. 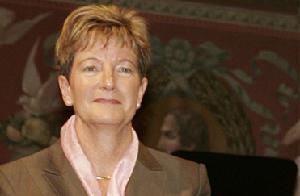