Elections are the process by which members of a community or country choose representatives to hold positions at various levels of government. Since its first democratic election in 1989 under the guidance of the United Nations (UN) Peace Plan, Namibia has held regular elections to allow its citizens to take part in the democratic process and vote for leaders they choose themselves. The 2024 Presidential and National Assembly elections are coming up quite soon. This information booklet has been prepared by the Konrad-Adenauer-Stiftung’s Namibia– Angola Office to educate and engage you, the voter, on what it means to vote. The information given here is impartial, which means we do not try to influence your vote in any way. This booklet offers information on the Namibian voting system and on the process of voting. It is meant for all Namibian voters that are eligible (legally able) to vote as well as anyone else interested in Namibia’s voting system. The booklet also aims to educate voters about how voting takes place, who is involved in the voting process, and how everyone is expected to behave (according to what are known as Codes of Conduct). This information is about elections before they take place as well as after they have happened.
September 14, 2022 Ordering Information

This publication only is available in English 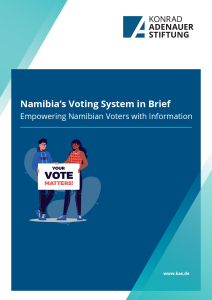 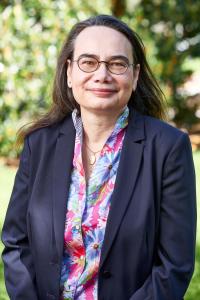