Wolfgang Schüssel was born in Vienna in 1945 and received his doctorate in law in 1968 from Vienna University. Between 1975 and 1989 Mr. Schüssel served as a member of the Austrian Parliament. From 1989 to 1995 he worked as Minister for Economic Affairs and from 1995-1999 he was Vice Chancellor and Federal Minister for Foreign Affairs. From July to December 1998 Mr Schüssel played a key role in Austria’s EU Presidency of the Council of General and Foreign Affairs. In the period 1995 to 2007 he also worked as National Chairman of the Austrian People’s Party.

Between 2000 and 2007 Mr Schüssel served as Federal Chancellor of Austria where, amongst other things, he strove for the integration of Austria into the European Union. From January to June 2006 Austria held the EU Presidency and from 2006-2008 Mr Schüssel was Chairman of the Austrian People’s Party parliamentary group.

Since 2007 Wolfgang Schüssel is member of the Board of Trustees of the Bertelsmann Foundation and since 2010 member of the Supervisory Board of RWE AG. Since 2008 Mr Schüssel is an active President of the Foreign Policy and United Nations Association of Austria. 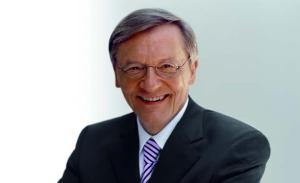