3. Economic Forum discusses the role of a strong public service for the Malawian Economy

Report of seminar held on 11 November 2010 in Blantyre

“Malawians must have a shared sense of national consciousness and should refuse favors from politicians that are not in the public interest”, highlighted Professor Dr. Blessings Chinsinga during the 3. Economic Forum Seminar in Malawi. Organized by the Konrad Adenauer Stiftung (KAS) in collaboration with the Malawi Economic Justice Network and the Economics Association of Malawi, the event attracted professionals from different areas to discuss the current situation of the civil service in the country and ways to improve its performance.
November 19, 2010 Ordering Information 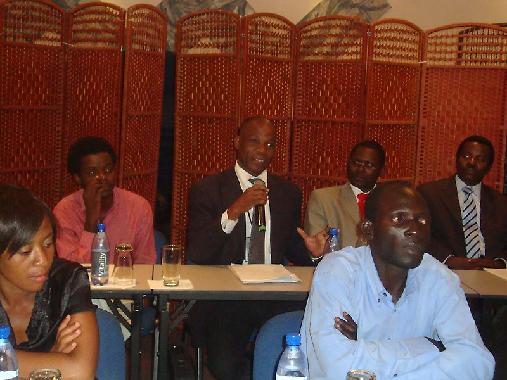 Participants of the 3. Economic Forum Seminar at Malawi Sun Hotel in Blantyre 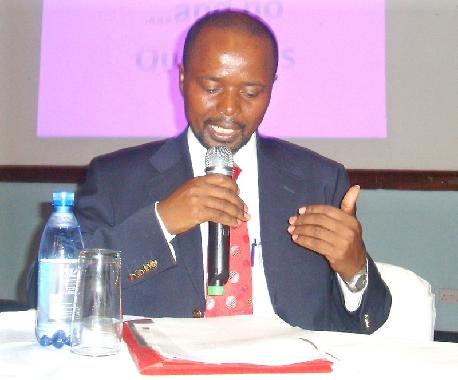 Dr Hannock Kumwenda, Deputy Director of Monitoring and Evaluation in the Ministry of Development Planning and Cooperation 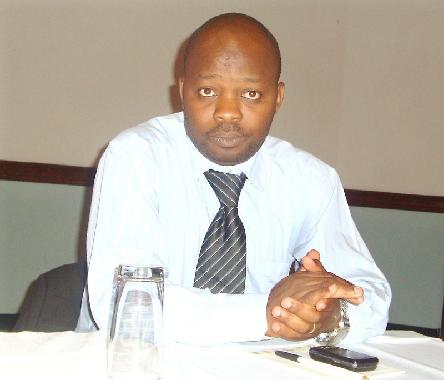 The Associate Professor Dr. Blessings Chinsinga, from Chancellor College, was the main presenter of the Seminar

The third Economic Forum Seminar took place on 11th November 2010 at Malawi Sun Hotel in Blantyre. A total of 63 participants attended including academia, representatives of the civil society, stock market experts, bankers, the private sector, the media and individual citizens. The first two seminars took place in Lilongwe in June and September 2010 respectively.

The main presenter was Associate Professor Dr. Blessings Chinsinga from Chancellor College who presented a paper on “The role of a strong public service in an economy: lessons and opportunities for Malawi.” Dr Chinsinga described the civil service as the ‘Heart’ of government – highlighting its importance in the implementation of government policies and legislation for the provision of public goods and services. He asserted that the growth and development of an economy, is driven by a competent public sector which has the technical expertise and administrative and institutional capacity to regulate the process.

Dr. Chinsinga observed what he called a paradox in which “the best of the nation’s senior executives are ready to leave government and not enough of its most talented young people are willing to join.” Hence the laxity of the public service is inevitable. He also noted that the public service is presently very weak, arguing that civil servants are not recruited on merit or competence as the employment process has been highly politicized. He further noted that the public service lacks systematic direction as it is guided mostly by policies made by donors and development partners.

Similarly, if and when the public service activities are evaluated, there is much reliance on international consultants who sometimes do not give a realistic picture of the issues that need to be addressed. This he claimed was because international consultants, unlike local experts, do not have first-hand information regarding the public service. He then suggested for a dynamic public service, characterized by improved efficiency in the formulation and implementation of public policies. He proposed that Malawi should adopt the democratic developmental state model where both the bureaucratic and political elite are accountable and transparent and where each is autonomous in their decision making.

The discussant was Dr. Hannock Kumwenda, the Deputy Director of Monitoring and Evaluation in the Ministry of Development Planning and Cooperation. He highlighted the three ways that could improve public sector productivity in Malawi namely: human resource management reforms, pay reforms and growth coalitions. On one hand, human resource management reforms allow the increase in salary differentials according to experience, promotions to be based on merit and recruitment of competent people. On the other, pay reforms could potentially increase the use of allowances and other benefits. Finally, growth coalitions are whereby the relations between business and government elites take the form of active cooperation of both parties to work out policies and implementation arrangements. He argued that these coalitions foster investments and increase productive capacities of the economy.

The plenary debate and suggestions

A lot of critical issues were raised during the discussion that followed. One point was the need for a transparent performance appraisal in the public sector. This may address inherent problems in the recruitment and supervision of civil servants, which are known to the senior civil servants but remain unaddressed. It is also necessary to introduce performance orientation at various levels including staffing and sectoral levels. Another prominent issue raised is that the bureaucracy lacks professional ethics, confidence and integrity. The absence of these values renders the civil service incapable of rejecting favors from politicians. it is equally imperative that in its operations, the primary goal of the civil service should be to serve the interests of the public.

While the major weaknesses of the public service can be attributed to either the politicians or the public service itself, some participants noted that some of the challenges must be blamed on the passivity of the Malawi citizenry to hold its leaders accountable. This docility manifests in the lack of public demand for improved service delivery from the public service. It was argued that sometimes, citizens operate from a faulty premise that politicians are interested in uplifting the people’s welfare. Oftentimes, the reality is that politicians take advantage of such ignorance and the docility of the citizenry for efficient and effective services, to advance purely political agendas such as patrimonial tendencies when appointing civil servants. In this regard, it is important that Malawi citizens take an active role in terms of holding their political leaders accountable for their decisions and actions and insist on the timely use of proper mechanisms to show dissatisfaction with ineffective service delivery and demand improvement.

As the way forward, Chinsinga recommended the government should be able to communicate its developmental vision to the citizen. Furthermore he added that the civil society should be strong to demand and to refuse favors from politicians that are not in the public interest. It is essential for Malawians to have a shared sense of national consciousness.

3. Economic Forum: The Role of the Public Service - Lessons and Opportunities for Malawi