The future of Europe needs more dialogue between friends

The newly opened KAS Nordic office in Stockholm welcomed circa 100 guests to an opening ceremony in the magnificent Nationalmuseum in Stockholm. The participants emphasized the importance of continued dialogue between like-minded partners in the face of growing global challenges.
February 12, 2020 Ordering Information

The idea that characterized the entire evening and all the evening’s speeches was the idea of Europe being increasingly forced to intensify dialogue with like-minded friends and partners in the face of increasing internal and external challenges.

Gabriele Baumann, head of the KAS office in Stockholm, immediately touched upon this very idea in her welcoming address, as she recounted how many times she had been asked why KAS was opening an office in Stockholm, and why the office was being opened at this point in time.

Professor Dr. Lammert in his keynote highlighted the importance of German-Nordic dialogue for both the Konrad-Adenauer-Stiftung and Germany, as the five Nordic countries together with Germany number among only circa 20 fully functioning democracies worldwide. The opening of the KAS Nordic office should also not be seen as part of KAS decade-long objective of fostering democratic values in countries experiencing democratic transition. The opening of the KAS Nordic office should instead be seen in light of the need for constant dialogue with like-minded partners from politics and society, the strengthening of the EU, and the need for a greater common guard against populism, democratic deficits, external threats, and other global challenges. As a matter of fact, liberal democracy has not triumphed across the board after the fall of the iron curtain, and is today characterized by differing approaches in various states, is being challenged by resurgent authoritarian states, and is suffering from an increasingly fractured global approach towards multilateral world order.

Alf Svensson has pushed for the strengthening of the European network of the Swedish Christian democrats since the party’s foundation, during his 30 years as party chairman, and during his time as MEP. He emphasized the importance of European values, the importance of the founding fathers of Christian democracy in Europe, and the high popularity of the EU in Sweden 25 years after the country joined the union.

Cecilia Brinck held her speech as President of the Stockholm City Council and politician of the Moderate party, speaking about the current challenges faced by Swedish politics. Amongst these challenges she counted the increasing populism exemplified by the rise of the Sweden Democrats and the weakening of traditional political alliances.

Catarina Kärkkäinen, chairwoman of the Confederation of Swedish Conservative and Liberal Students, spoke about the opportunity given to her and other Nordic youth by KAS to get a better understanding of Germany. This exchange of experiences had shown Kärkkäinen, born after the fall of the iron curtain, the true suppression of human freedom imposed by the Berlin wall and the DDR.

The official opening ceremony of the Stockholm office happened in tandem with a series of visits, where Professor Dr. Lammert was welcomed to the Swedish Riksdag by the speaker of the Riksdag Andreas Norlén. A meeting was also arranged with the Party Secretary of the Moderate Party Gunnar Strömmer. Populism and the relationship of the Swedish center-right vis-à-vis the Sweden Democrats were two of the themes touched upon during these discussions. 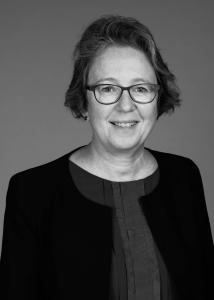