Presentation of the study of Prof. Dr. Hany Farid and Dr. Hans-Jakob Schindler

Deep fakes are technically manipulated videos and the latest development in a long history of image manipulation. Together with disinformation campaigns via social media they can become a serious threat to our democracy and open societies. How can we distinguish a fake video from a real one? What can policy makers do to prevent such campaigns to become successful? The study of Prof. Dr. Hany Farid and Dr. Hans-Jakob Schindler gives insights in this new phenomenon.
July 1, 2020 Ordering Information 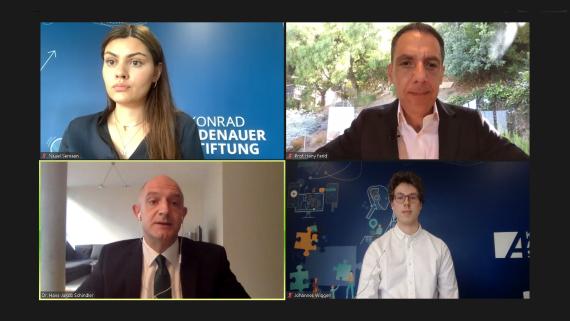 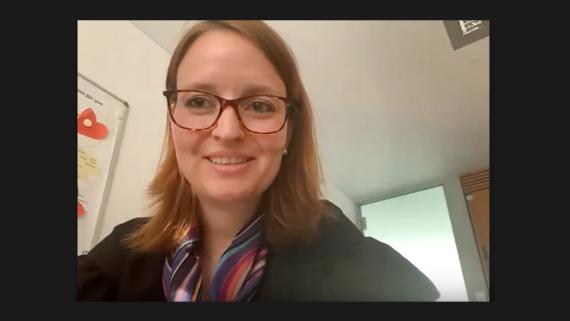 In addition to the authors - Prof. Hany Farid from the University of California at Berkeley and Dr. Hans-Jakob Schindler, Senior Director of the CEP - Ronja Kemmer, Member of the German Bundestag and Chair of the Enquete Commission on Artificial Intelligence, also took part in the event 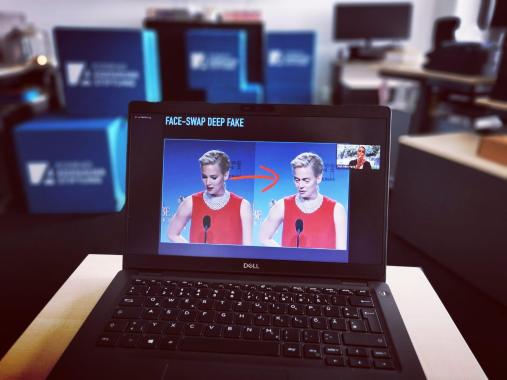 Due to technological advances, "deep fakes" are open to a wide range of actors

For years, the influence of misinformation and the manipulation of public and political perception has been a threat to political systems. Especially during the time of the COVID-19 pandemic, the spread of misinformation and conspiracy theories have risen to new heights, as non-state actors – among them extremists and populists – tried to take advantage of the situation. But also state actors have engaged in the distribution of fake news concerning the virus, putting their own citizens at risk.

Today, disinformation campaigns are often supported by so called deep fakes – seemingly real synthesized videos of any kind of content. Because of fundamental advances, significant technical skills to produce such deep fakes are no longer necessary, transferring the ability to create them from specialists to a wide range of actors. This increases the risk of their misuse and challenges our democratic societies to find political solutions to fight this growing threat.

In order to shed more light on this issue and to discuss in what way the rise of deep fakes can pose a risk to our societies, the Konrad-Adenauer-Stiftung together with the Counter Extremism Project (CEP) initiated the creation of a study titled: “On the Threat of Deep Fakes to Democracy and Society”. The paper was launched in an online-seminar on June 29. Besides the authors – Prof. Hany Farid from the University of California Berkeley and Senior Advisor at the CEP, and Dr. Hans-Jakob Schindler, Senior Director of CEP – who presented the study, Member of the German Parliament and Chairwoman of the Parliamentary Committee on Artificial Intelligence, Ronja Kemmer, attended to give an insight on the threat of deep fakes in the German policy context.

Prof. Farid gave an elaborate overview on the history and especially the technology behind the creation of deep fakes and the possibilities to detect them – be it with technologic solutions or even with the human eye. He also painted a very clear picture on the areas for which deep fakes are weaponized, such as non-consensual pornography, misinformation campaigns or fraud, stressing the necessity to regulate the creation and distribution of deep fakes.

Ronja Kemmer emphasized the German parliament’s urgency to tackle the issue of deep fakes in the context of digital transformation. German policy-makers are supporting this agenda by encouraging research projects on the topic and improving public education to raise awareness for the fact that not all online content, including videos, is necessary true. It is important for Germany to find the right balance between protecting internet users from disinformation campaigns and at the same time not over-regulating, limiting open speech.

The Q&A session brought up some insightful questions of the about 150 participants that were answered by the panelists. This discussion showed that the topic is relevant to many, not only in the German or American society, but also across the world – having had attendees from South America, Eastern Europe and many other countries.

In case You have missed our online seminar, you can watch it here:

We have interviewed Prof. Dr. Hany Farid about the threats of deep fakes: 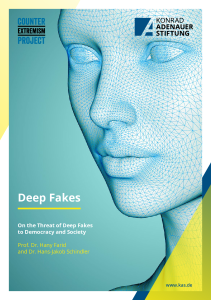