Invited by the Konrad Adenauer Foundation, young political leaders of Kazakhstan have spent a week in Berlin. The main theme of the trip was to exchange experiences for further development of the democratic political organizations in Kazakhstan. The program of the visit was organized by the department of internal programs and accompanied by Mr. Thomas Helm, Director of the Foundation in Kazakhstan.
December 3, 2015 Ordering Information

The delegation was welcomed as well by Frank Priess, Evelyn Gaiser and Tomislav Delinic.

President Nursultan Nazarbayev, after his re-election in mid-2015, announced to strengthen the role of the parliament in the constitutional structure. The parliament is dominated by the presidential party Nur Otan with its 80% majority. For the upcoming parliamentary elections in 2016 nobody expects that the opposition will make a significant change.

At the same time, the Kazakh side is visible willing to study the experiences of Germany. In particular, young politicians, decision-makers and civil servants are open to the exchange of experiences with a view on the democratic development of political institutions. In collaboration with the Institute for Public Policy of "Nur Otan" the Konrad Adenauer Foundation successfully conducted (Capacity building) courses to improve the management capacity in the parliament.

A visit to the German Bundestag gave the Kazakh partners the opportunity to learn about the administrative, political and institutional practices that allow members of the Bundestag to fulfill their mandates for the benefit of the citizens. Especially the interaction between the coalition and the opposition showed the importance of a pluralistic structure. During the visit at the Federal Office of the CDU, participants have learned processes such as the interaction between parties in the decision-making process and how to address voters and members of the party. 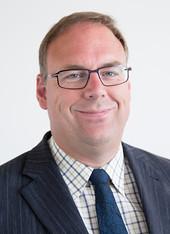