On 12 December 2018, the KAS Office in Kabul organised a Roundtable on the Afghan Parliamentary Elections. Invited were election experts, journalists, candidates, and members of the civil society.
December 12, 2018 17:00 - 20:00 Clock

On 20 October 2018, around four million Afghans casted their votes in 33 out of 34 provinces in order to have a new parliament. With almost two months delay, the electoral management body has released the results for so far 29 provinces. There have been many complaints raised by candidates, civil societies and observing institutions against the electoral process carried out by the Elections Commission (IEC). In some cases, the complaining candidates have warned of conducting civil protests throughout the country and have asked for a transparent audit of the ballots, as they accuse the IEC officials for having committed fraud during the election process.

According to the Independent Elections Commission (IEC), of the approximately 8.8 million Afghans registered to vote, approximately 4.2 million casted their votes on the election days. Whilst many Afghans voted, large numbers were unwilling or unable to do so. There were many factors, including operational and administrative challenges, poor performance of the IEC staff on the election days that - in some cases - prevented or delayed the opening of the polling stations. As well, the fear of election violence prompted by the death or injury of the hundreds of civilians in previous months, combined with the Taliban’s organized campaign of intimidation and harassment directed at preventing participation in the electoral process, have led many Afghan to remain at home on the election days.

Security threats and incidents were severe during the 2018 election process. There were more than 108 verified incidents during the whole electoral process that have caused about 400 civilian casualties.  Yet, the total number of civilian casualties throughout the electoral period in 2018 was on the par with those in the 2014 presidential elections. It is important to acknowledge that the Afghan National Security Forces managed the security of the electoral process primarily by themselves, without the significant support by the international forces which they had enjoyed in 2014.

There were major and avoidable irregularities and mismanagement during the preparation and implementation of the parliamentary elections by the electoral management bodies. These institutions need to significantly improve their abilities and capacity before the presidential election scheduled for April 2019. For presidential elections, the tolerance of irregularities and mismanagement can be expected to be much lower by the international community as well as by the Afghan citizens. 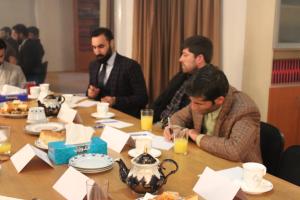 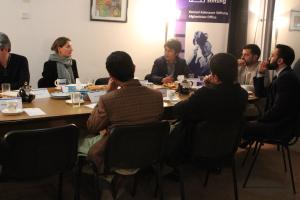 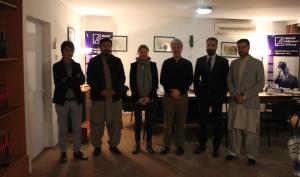