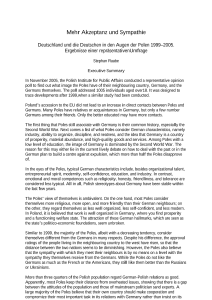 What image the Poles have about Germany and the Germans

In November 2005, the Polish Institute for Public Affairs conducted a representative opinion poll to find out what image the Poles have of their neighbouring country, Germany, and the Germans themselves. The poll addressed 1005 individuals aged over18. It was designed to trace developments after 1999,when a similar study had been conducted. 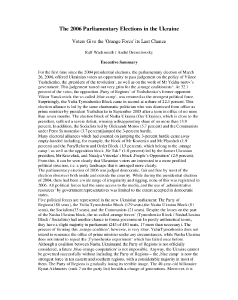 Parliamentary election 2006 in the Ukraine

The voters give the orange forces a last break

For the first time since the 2004 presidential elections, the parliamentary election of March 26, 2006, offered Ukrainian voters an opportunity to pass judgement on the policy of Viktor Yushchenko, the ,president of the revolution‘, as well as on the work of Mr Yekhanurov’s government. 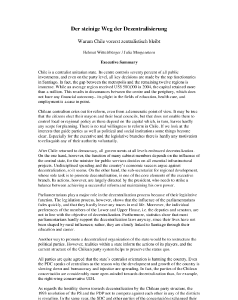 Chile is a centralist unitarian state. Its centre controls seventy percent of all public investments, and even on the party level, all key decisions are made by the top functionaries in Santiago. In fact, the gap between the metropolis and the remaining twelve regions is immense. 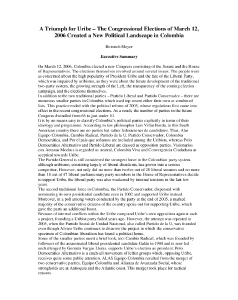 Uribe celebrates a triumph - The congressional election in Colombia on March 16, 2006

On March 12, 2006, Colombia elected a new Congress consisting of the Senate and the House of Representatives. The elections themselves revolved around several issues. The people were as concerned about the high popularity of President Uribe and the fate of the Liberal Party, which was impaired by uribismo, as they were about the future development of the traditional two-party system, the growing strength of the Left, the transparency of the coming election campaign, and the elections themselves. 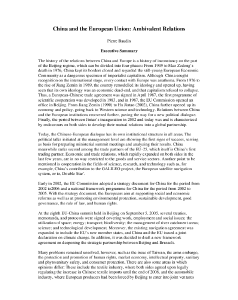 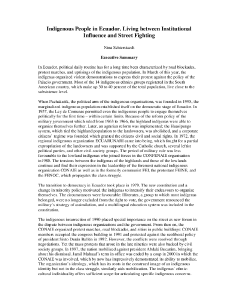 In Ecuador, political daily routine has for a long time been characterized by road blockades, protest marches, and uprisings of the indigenous population. In March of this year, the indígenas organized violent demonstrations to express their protest against the policy of the Palacio government. Most of the 14 indigenous ethnics groups registered in the South American country, which make up 30 to 40 percent of the total population, live close to the subsistence level. 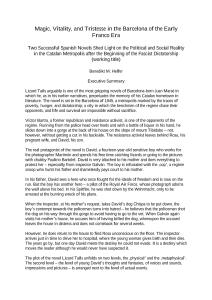 Magic, Vitality, and Tristesse in the Barcelona of the Early Franco Era

Lizard Tails arguably is one of the most gripping novels of Barcelona-born Juan Marsé in which he, as in his earlier narratives, perpetuates the memory of his Catalan hometown in literature. The novel is set in the Barcelona of 1945, a metropolis marked by the traces of poverty, hunger, and dictatorship; a city in which the henchmen of the regime chase their opponents, and life and survival are impossible without sacrifice. 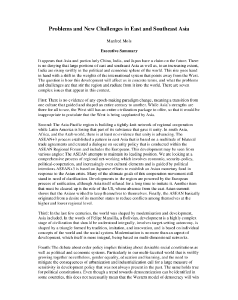 Problems and New Challenges in East and Southeast Asia

It appears that Asia and particularly China, India, and Japan have a claim on the future. There is no denying that large portions of east and southeast Asia as well as, to an increasing extent, India are rising swiftly in the political and economic sphere of the world. 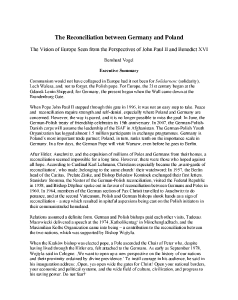 The Reconciliation between Germany and Poland

Communism would not have collapsed in Europe had it not been for Solidarnosc (solidarity), Lech Walesa, and, not to forget, the Polish pope. For Europe, the 21st century began at the Gdansk Lenin Shipyard; for Germany, the present began when the Wall came down at the Brandenburg Gate. 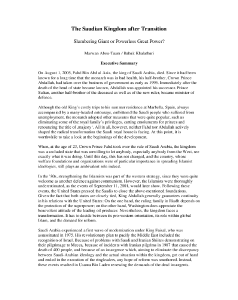 The Saudian Kingdom after Transition

On August 1, 2005, Fahd Bin Abd al Aziz, the king of Saudi Arabia, died. Since it had been known for a long time that the monarch was in bad health, his half-brother, Crown Prince Abdallah, had taken over the business of government as early as 1995. Immediately after the death of the head of state became known, Abdallah was appointed his successor. Prince Sultan, another half-brother of the deceased as well as of the new ruler, became minister of defence.