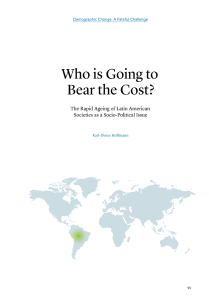 Who is Going to Bear the Cost?

Currently, only around 40 per cent of Latin American citizens age 65 and over receive a regular (contributory) pension; a further 20 per cent receive a non-contributory (tax funded) state pension. The remaining elderly must continue to earn a living or rely on support from family members. While the region still has a relatively young population today, the number of people age 65-plus is set to increase to 140 million by 2050, up from under 40 million in 2010. 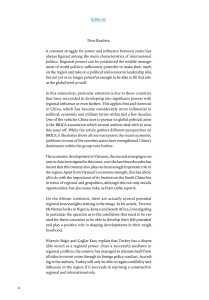 A constant struggle for power and influence between states has always figured among the main characteristics of international politics. Regional powers can be considered the middle management of world politics: sufficiently powerful to make their mark on the region and take on a political and economic leadership role, but not yet or no longer powerful enough to be able to fill this role at the global level as well. 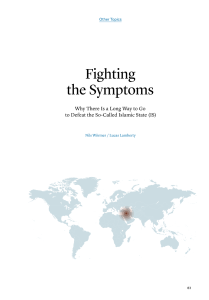 The so-called Islamic State (IS) is under military pressure on the battle grounds of Syria and Iraq. However, offensives to recapture IS strongholds are difficult to coordinate; IS has succeeded in gaining a foothold in more of the region’s countries and a high risk of terrorist attacks in Europe remains unchanged. The international community is fighting the symptoms of IS, while the causes of the rapid rise of the terrorist state still persist. 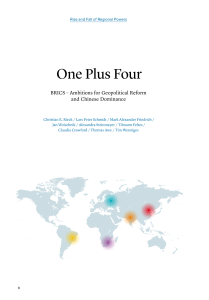 The BRICS are in crisis. The economic malaise in the majority of member states intensifies asymmetries within the group and thereby consolidates China’s dominance. All members use the BRICS for pursuing their own economic interests and for avoiding isolation whilst making controversial foreign policy decisions. But it is Beijing that strategically uses its growing influence gained by control of access to its markets and investments. 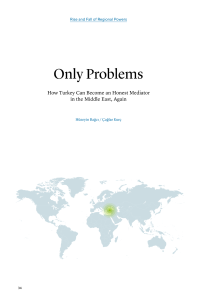 How Turkey Can Become an Honest Mediator in the Middle East, Again

Turkey’s former “zero problem” policy transformed into “only problems with neighbours” as the country increasingly became obsessed with being a regional power. Despite its foreign policy failures, Turkey could still become the source for peace and stability in the region. It just needs to return to the foundational principles of Turkish foreign policy: caution, neutrality and peace. 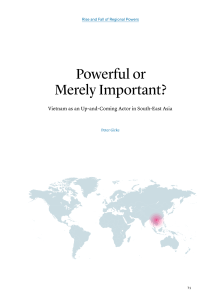 Vietnam as an Up-and-Coming Actor in South-East Asia

Vietnam is one of the few remaining communist countries on the political world map. It regularly figures low in human rights and rule of law rankings, and the “socialist-oriented market economy” is celebrating its thirty-year anniversary. Vietnam is at risk of being crushed between China’s aggressive conduct in the South China Sea and the USA’s claim to leadership in the region. There are, however, indications that Vietnam may be able to establish itself as an influential actor in the South-East Asia Region in the medium term. 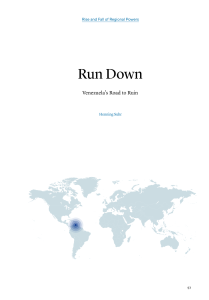 Venezuela is facing economic and social collapse, but the government is clinging to its failed course as much as it is clinging to power. Consequently, there is not much hope left for success for either the recall referendum initiated by the opposition or international efforts to initiate a dialogue. If no political solution can be found, the country is at risk of facing catastrophic consequences in view of the deepening crisis. 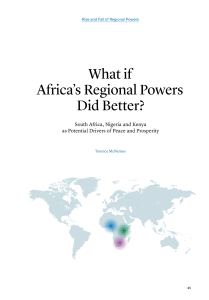 What if Africa’s Regional Powers Did Better?

South Africa, Nigeria and Kenya as Potential Drivers of Peace and Prosperity

Nigeria, Kenya and South Africa are some of the biggest regional powers in Africa. Although they possess an estimable economic and political potential, they do not manage to fulfill it. Quite to the contrary, Africa is the least integrated region in the world economy and repeatedly troubled by internal security issues. Doing better domestically is the first step towards overcoming the obstacles to playing a more important role in global policy making. 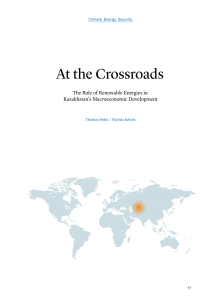 The Role of Renewable Energies in Kazakhstan’s Macroeconomic Development

For many developing countries and states undergoing the transition to a market economy, the promise of vast natural resources has long since become a burden. Initially, the traditional economy was sacrificed to the “lure of the fast buck”, but the wealth based on natural resources came to benefit only a select few. Ultimately, the country missed the right time to utilise its natural resource wealth to develop the economy in a way that would secure future prosperity. Is Kazakhstan going a different way? 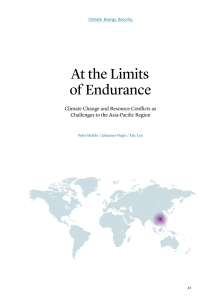 At the Limits of Endurance

What is feared in Europe is already a reality in Asia: Up to 30 million people have had to flee their homes. Climate change, energy shortages and competition over resources have exacerbated conflicts among states – a vicious circle that threatens to nullify all developmental progress made thus far, the consequences of which even Europe will be forced to bear.