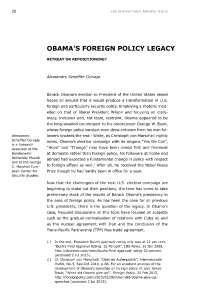 With his foreign policy approach based on “strategic patience” and “leading from behind”, Barack Obama seemed to implement a change of course. When taking stock of his presidency, however, Obama’s achievements appear modest. He leaves a number of unresolved issues in the areas of foreign and security policy. His successor will not only be tasked with redefining the USA’s leading role but also reforming its security apparatus.

In the current edition of the International Reports we also offer a epub-version. You can download the version via the link at the bottom. 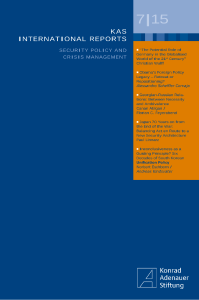 In the current edition of the International Reports we also offer a mobi-version. You can download the version via the link at the bottom. 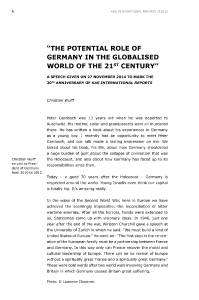 Many formerly national policy fields are matters of international politics today, as these cannot be addressed by one nation alone. Germany’s success after 1945 would not have been possible without support and exchange with the world. Today we should pass on Germany’s achievements in realms such as democracy, civil society and education to the world so that other countries may benefit from them. In this context, political foundations make a major contribution. 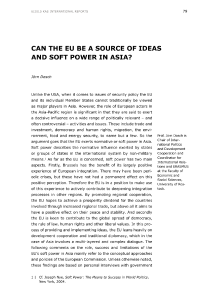 Can the EU be a Source of Ideas and Soft Power in Asia?

Unlike the United State of America, when it comes to issues of security policy the EU and its individual Member States are no major players in Asia. However, the EU has obligated itself in a number of treaties to act as a “normative power” in its foreign relations. In this regard, the EU’s influence as role model and soft power is apparent in South East Asia’s regionalism as well as Asian discourses on human rights, democracy and good governance.

In the current edition of the International Reports we also offer an epub-version. You can download the version via the link on the right side. 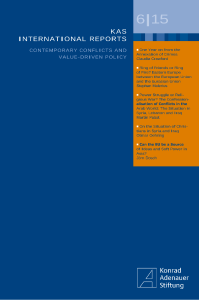 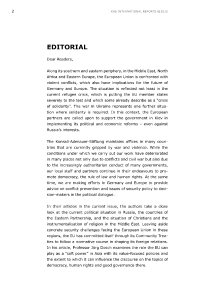 Along its southern and eastern periphery, in the Middle East, North Africa and Eastern Europe, the European Union is confronted with violent conflicts, which also have implications for the future of Germany and Europe. The situation is reflected not least in the current refugee crisis, which is putting the EU member states severely to the test. The war in Ukraine represents one further situation where solidarity is required. In this context, the European partners are called upon to support the government in Kiev in implementing its political and economic reforms.