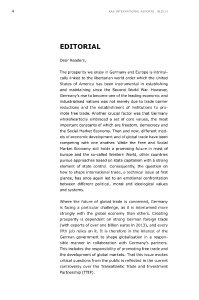 Germany's and Europe's prosperity is based on a strong foreign trade. For this reason, it is important to engage in globalization and an open trade policy in a responsible manner. This includes a set of values, based on freedom, democracy and the social market economy. In that regard, the aim to finalize trade agreements with partners such as the United States is of great importance. 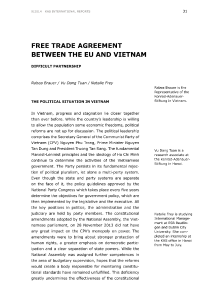 After Singapore and Malaysia, Vietnam is the third Southeast Asian country aiming for a free trade agreement with the EU. Such an agreement could improve the integration into world trade and positively impact Vietnam’s economy. In contrast, critics fear negative effects for the Vietnamese agriculture as well as environmental problems. How could the trade agreement change Vietnam? 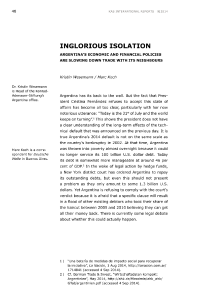 Argentina has its back to the wall. In the wake of failed negotiations with U.S. hedge funds, the country is deemed to be insolvent. The fiscal policy of the government of Cristina Kirchner has a share in this. The Argentinean people are not the only ones who have to deal with the crisis. It will also affect the neighbouring countries and the intraregional trade. 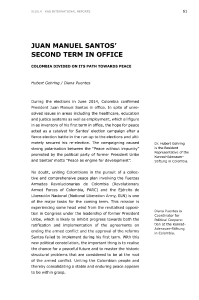 Colombia divided on its path towards peace

After Juan Manuel Santos has been confirmed as President of Colombia in June 2014, he must confront the issues which remained unresolved after his first term: need for action in the education and health sector, reforms targeting the labour market. Moreover, the peace process is also expected to show results. Santos must overcome the disunity of the country in order to tackle these tasks. 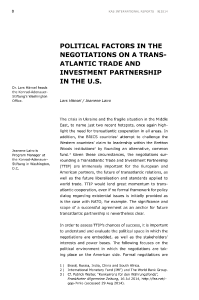 Political Factors in the Negotiations on a Transatlantic Trade and Investment Partnership in the U.S.

For more than a year, the EU and the United States have been discussing a transatlantic free trade agreement. On the American side, the political calendar plays a significant role in the negotiation process. With regard to the next Presidential Elections in 2016, time is running out to seal an agreement. In Congress, the debate is controversial. What other factors determine the approach to and outcome of TTIP in the United States? 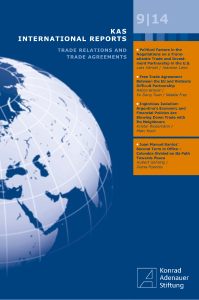 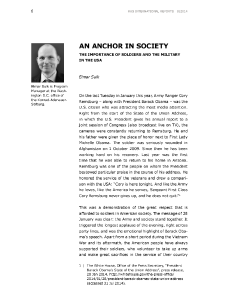 An Anchor in Society

The Importance of Soldiers and the Military in the USA

Apart from a short period during the Vietnam War, the American people have always supported their military, which in turn is strongly anchored in society. It knows its place within a democracy where elected politicians decide about military operations. However, like other nations, the USA is also challenged to offer its soldiers that kind of support necessary to fulfil their tasks. 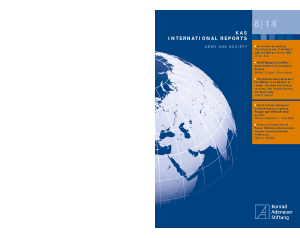 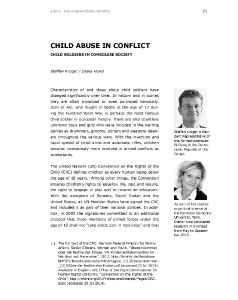 Current estimates put the number of child soldiers, boys and girls, worldwide at 250,000. The biggest use took place during the two Congo Wars (1996 to 2003). The Democratic Republic of Congo and the international community have been trying not only to demobilise those children. More importantly, they have been struggling to reintegrate them socially. A difficult task. 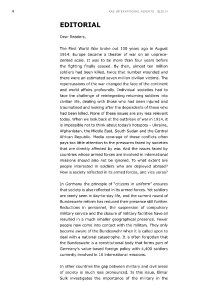 When we commemorate the outbreak of the First World War a hundred years ago, today’s hotspots can hardly be overlooked. Media coverage often neglects the pressures faced by societies that are directly affected by war. Moreover, the challenges of countries whose armed forces are involved in international missions also need a closer look. To what extent do people care for soldiers who are deployed abroad? How is society reflected in its armed forces? 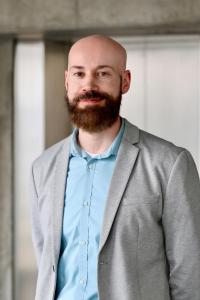