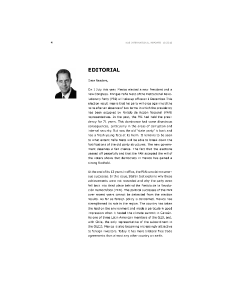 On 1 July this year, Mexico elected a new President and a new Congress. Enrique Peña Nieto of the Institutional Revolutionary Party (PRI) will take up office on 1 December. In the past, the PRI had held the presidency for 71 years. This dominance had some disastrous consequences, particularly in the areas of corruption and internal security. But now the old “state party” is back and has a fresh young face at its helm. It remains to be seen to what extent Peña Nieto will be able to break down the fortifications of the old party structures. 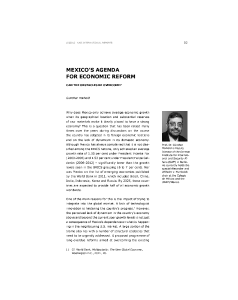 Can The Obstacles Be Overcome?

Although Mexico is always complaining that it is not classified with the BRICS nations, it only achieved an average growth rate of 1.55 per cent under President Vicente Fox and of 1.53 per cent under President Felipe Calderón – significantly lower than the growth levels seen in the BRICS grouping. According to the OECD, Mexico needs to find a way to improve its low levels of productivity, something that will only be achieved with fundamental and far-reaching reforms. 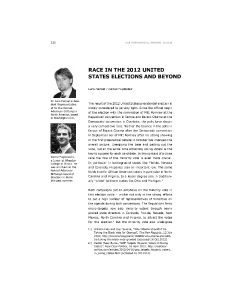 Race In The 2012 United States Elections And Beyond

The result of the 2012 United States presidential election is widely considered to be very tight. Both campaigns put an emphasis on the minority vote in this election cycle – visible not only in the strong efforts to put a high number of representatives of minorities on the agenda during both conventions. American minorities have increased their share of the vote from 12.5 per cent in 1988 to 25 per cent in 2008. The United States are projected to be “majority minority” in 2050. In the long run, these ethnic politics are unsustainable, and profoundly unhealthy for the country. 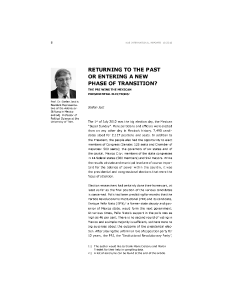 Returning to the Past or Entering a New Phase of Transition?

The 1st of July 2012 was the big election day, the Mexican “Super Sunday”. Polls had been predicting for months that the Partido Revolucionario Institucional (PRI) and its candidate, Enrique Peña Nieto (EPN) would form the next government. As president, Peña Nieto will have to rely on the opposition in order to progress the very reforms that the PRI had blocked in the past in its role as the largest party of opposition. 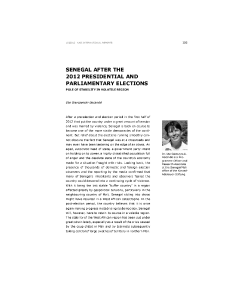 Senegal After The 2012 Presidential And Parliamentary Elections

Pole of Stability in Volatile Region

In the post-election period, Senegal has once again come to be regarded as a beacon of democracy, which does, however, have to assert itself and retain its course in a volatile environment. Meanwhile, Senegal’s economy is only developing sluggishly. There have been repeated accusations that the elites are enriching themselves at the cost of the population. 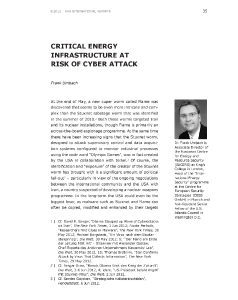 Over recent years, cyber attacks and cybercrime have become a massive threat to industry and governments alike. They have caused worldwide losses amounting to hundreds of billions of Euros. According to former anti-terrorism advisor Richard Clarke,between 20 and 30 states have the capability to launch cyber warfare. Increasingly, governments find themselves under threat, along with their communication channels and infrastructures. 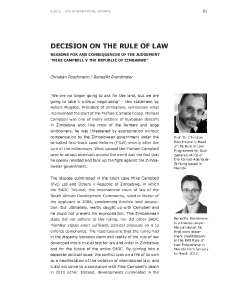 Decision on the Rule of Law

Reasons for and Consequences of the Judgment “Mike Campbell vs. The Republic of Zimbabwe”

Farmers and large landowners were threatened by expropriation without compensation by the Zimbabwean government under the so-called “Fast-Track Land Reform” (FTLR) shortly after the turn of the millennium. The Campbell case made the most significant contribution to drawing attention to the government’s departure from the rule of law, it also established risks to the future stabilization of the country: an undermining of trust in Mugabe’s regime and infection of the community of states in Southern Africa with a disregard for the rule of law. 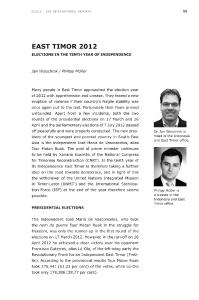 Elections in the Tenth Year of Independence

Many people in East Timor approached the election year of 2012 with unease. They feared a new eruption of violence if their country’s fragile stability was once again put to the test. But apart from a few incidents, both the two rounds of the presidential elections and the parliamentary elections passed off peacefully and were properly conducted. The new president is José Maria de Vasconcelos, alias Taur Matan Ruak. The post of prime minister continues to be held by Xanana Gusmão. In the tenth year of its independence East Timor is therefore taking a further step on the road towards democracy. 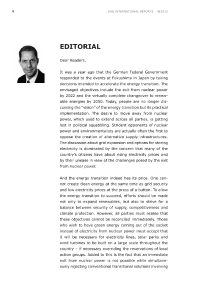 It was a year ago that the German Federal Government was taking decisions intended to accelerate the energy transition. Today, people are discussing its practical implementation. The desire to move away from nuclear power is getting lost in political squabbling. And the energy transition indeed has its price. Efforts should be made to strive for a balance between security of supply, competitiveness and climate protection. However, all parties must realize that these objectives cannot be reconciled immediately 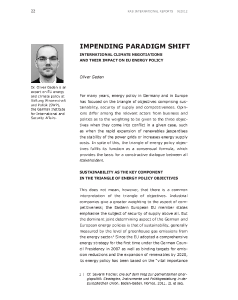 International Climate Negotiations and their impact on EU Energy Policy

For many years, energy policy in Germany and in Europe has focused on the triangle of objectives comprising sustainability, security of supply and competitiveness as a consensual formula, which provides the basis for a constructive dialogue between all stakeholders. During the next few years, European energy politics will be characterized by disputes about interpretational sovereignty, which will focus on the future importance of the sustainability principle. There are a number of indications of an impending paradigm shift in European climate and energy politics.