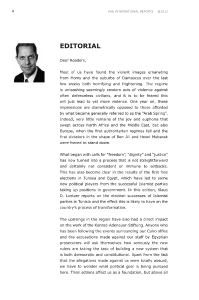 One year on, the impressions of the last few weeks are diametrically opposed to those afforded by what became generally referred to as the “Arab Spring”. What began with calls for “freedom”, “dignity” and “justice” has now turned into a process that is not straightforward and certainly not consistent or immune to setbacks. 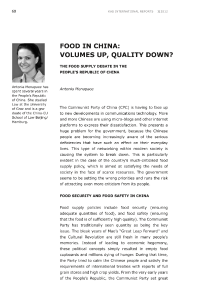 Food in China: Volumes Up, Quality Down?

The Food Supply Debate in the People’s Republic of China

Food supply policies include food security (ensuring adequate quantities of food), and food safety (ensuring that the food is of sufficiently high quality). The Communist Party has traditionally seen quantity as being the key issue. The bleak years of Mao’s “Great Leap Forward” and the Cultural Revolution are still fresh in many people’s memories. 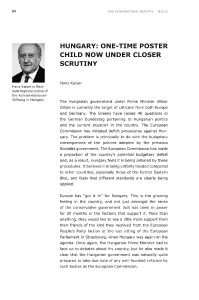 There is no doubt that Hungary has been subjected to a mountain of criticism that has been short on objectivity and long on hyperbole. By the same token, events in Hungary have attracted a great deal of attention, as is also the case in other parts of Europe and particularly the countries of the former Eastern Bloc. It is possible to recognise a strategy in the way the Hungarian government is treated. 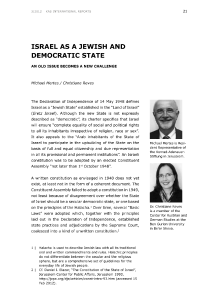 Israel as a Jewish and Democratic State: An Old Issue Becomes a New Challenge

For the majority of Jews, the term “Jewish and democratic state” is a fitting description of the particular character of the State of Israel and of its commitment to universal values. But the exact meaning of this term has been interpreted in many different ways. 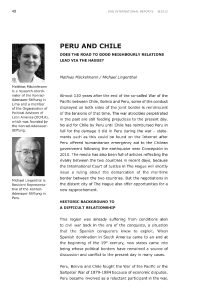 Does the Road to Good Neighbourly Relations Lead via The Hague?

Almost 130 years after the end of the so-called War of the Pacific between Chile, Bolivia and Peru, some of the conduct displayed on both sides of the joint border is reminiscent of the tensions of that time. The war atrocities perpetrated in the past are still feeding prejudices to the present day. No doubt the next two years are likely to be challenging for relations between Chile and Peru as far as diplomacy is concerned. 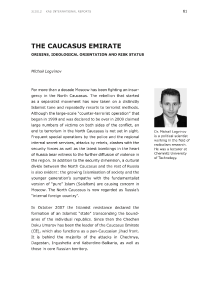 For more than a decade Moscow has been fighting an insurgency in the North Caucasus. The rebellion that started as a separatist movement has now taken on a distinctly Islamist tone and repeatedly resorts to terrorist methods. Although the large-scale “counter-terrorist operation” that began in 1999 and was declared to be over in 2009 claimed large numbers of victims on both sides of the conflict, an end to terrorism in the North Caucasus is not yet in sight. 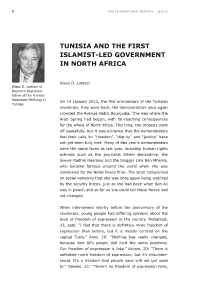 Tunisia and the First Islamist-led Government in North Africa

Ennahdha’s election victory can be put down to the party’s authenticity, but also to the fact that it offered a clear break with the past, something that many Tunisians were really looking for and which only the Islamists could genuinely claim to represent. One much-discussed question is just how moderate, or capable of delivering democracy, is the Islamist party, Ennahdha? Another question is just how capable it is of controlling the Salafists, or, indeed, if it actually wants to. 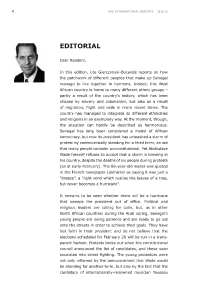 Senegal is home to many different ethnic groups – partly a result of the country’s history, which has been shaped by slavery and colonialism, but also as a result of migration, flight and exile in more recent times. The country has managed to integrate its different ethnicities and religions in an exemplary way. At the moment, though, the situation can hardly be described as harmonious. Senegal’s president has unleashed a storm of protest by controversially standing for a third term. 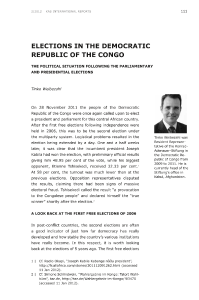 Elections in the Democratic Republic of the Congo

The Political Situation Following the Parliamentary and Presidential Elections

On 28 November 2011 the people of the Democratic Republic of the Congo were once again called upon to elect a president and parliament for this central African country. After the first free elections following independence were held in 2006, this was to be the second election under the multiparty system. 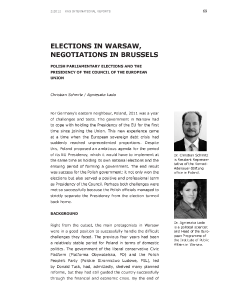 Elections in Warsaw, Negotiations in Brussels

For Poland 2011 was a year of challenges and tests. The government in Warsaw had to cope with holding the Presidency of the EU for the first time since joining the Union. Poland proposed an ambitious agenda for the period of its EU Presidency, which it would have to implement at the same time as holding its own national elections. The end result was success for the Polish government: it not only won the elections but also served a positive and professional term as President of the Council.