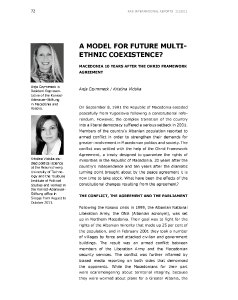 A Model for Future Multi-Ethnic Coexistence? Macedonia 10 Years After the Ohrid Framework Agreement

On September 8, 1991 the Republic of Macedonia seceded peacefully from Yugoslavia following a constitutional referendum. However, the complex transition of the country into a liberal democracy suffered a serious setback in 2001. Members of the country’s Albanian population resorted to armed conflict in order to strengthen their demands for greater involvement in Macedonian politics and society. The conflict was settled with the help of the Ohrid Framework Agreement, a treaty designed to guarantee the rights of minorities in the Republic of Macedonia. 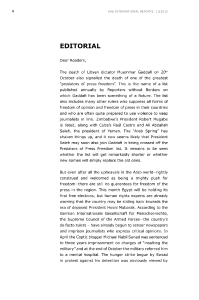 The Arab states need free and responsible media to help them on their path to democracy; indeed without it there is no democracy. But even after all the upheavals in the Arab world - rightly construed and welcomed as being a mighty push for freedom - there are still no guarantees for freedom of the press in the region. The Konrad-Adenauer-Stiftung has been running media programmes all over the world since the early 1970s. 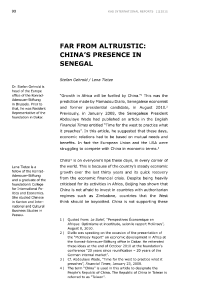 Since resuming diplomatic relations in autumn 2005, China has been acting as a donor country, and in this short period of time it has become clear that China has developed a growing interest in small African countries which have few natural resources, but which are Western-oriented. Beijing is using a broad range of foreign policy tools in pursuit of its political and economic interests in Senegal. 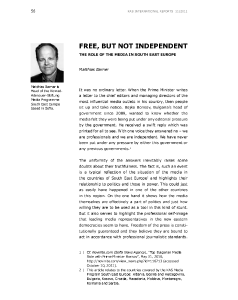 Free, but Not Independent – The Role of the Media in South East Europe

In recent years we have seen a growing trend away from guaranteeing free and independent reporting in many countries in East and South East Europe. Poor-quality reporting, inadequate training for journalists, a growing divergence between media law and media reality, coercive measures and administrative restrictions on the part of the state, political and financial dependencies as well as the blurring of lines between the private and state spheres are typical of the situation in the region. 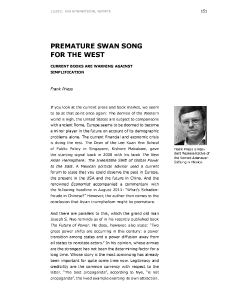 Premature swan song for the west

Current Books Are Warning against Simplification

If you look at the current press and book market, we seem to be at that point once again: The demise of the Western world is nigh, the United States are subject to comparisons with ancient Rome, Europe seems to be doomed to become a minor player in the future on account of its demographic problems alone. The current financial and economic crisis is doing the rest. Joseph S. Nye states: “Two great power shifts are occurring in this century: a power transition among states and a power diffusion away from all states to nonstate actors.” 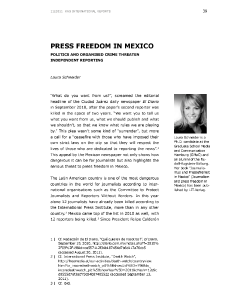 Political influence on the media and the resulting concentration of the broadcasting sector are two of the key factors that have traditionally restricted freedom of the press in Mexico. The escalation of drug-related crime and the danger which this presents to journalists make Mexico one of the most dangerous countries in the world for journalists. 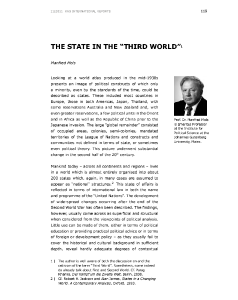 The State in the “Third World”

The state continues to stand for a western order, whose achievements are respected and which is regarded in the West itself and indeed almost all other parts of the world as the paradigm for political normality. Political philosophy concentrates on experience from the Western world and avoids the issue as to what political and philosophical thinking is undertaken in non-Western regions of the world. The basic findings of the Western model as the one regarded as setting the standard for state and political modernisation could not be undermined. 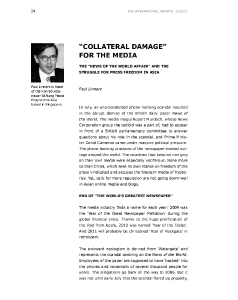 In July, an unprecedented phone hacking scandal resulted in the abrupt demise of the British daily paper News of the World. The phone hacking practices of the newspaper evoked outrage around the world. The countries that keep an iron grip on their own media were especially vociferous. None more so than China, which sees its own stance on freedom of the press vindicated and accuses the Western media of hypocrisy. 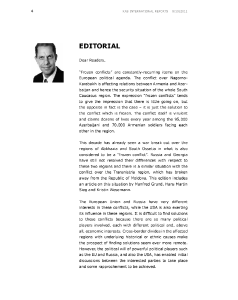 Russia and Georgia have still not resolved their differences with respect to the regions of Abkhazia and South Ossetia and there is a similar situation with the conflict over the Transnistria region, which has broken away from the Republic of Moldova. The European Union and Russia have very different interests in these conflicts, while the USA is also exerting its influence in these regions. It is difficult to find solutions to these conflicts because there are so many political players involved, each with different political and, above all, economic interests. 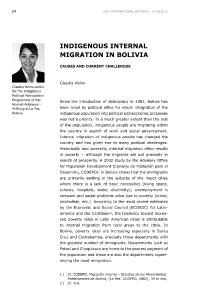