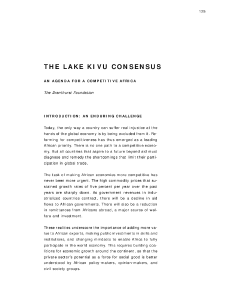 An Agenda for a Competitive Africa

Today, the only way a country can suffer real injustice at the hands of the global economy is by being excluded from it. Reforming for competitiveness has thus emerged as a leading African priority. There is no one path to a competitive economy. But all countries that aspire to a future beyond aid must diagnose and remedy the shortcomings that limit their participation in global trade. 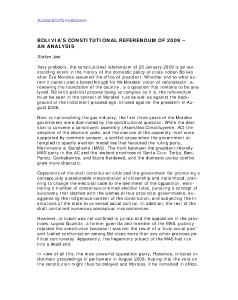 Bolivia’s Constitutional Referendum of 2009 – an Analysis

Very probably, the constitutional referendum of 25 January 2009 is an outstanding event in the history of the domestic policy of crisis-ridden Bolivia after Evo Morales assumed the office of president. 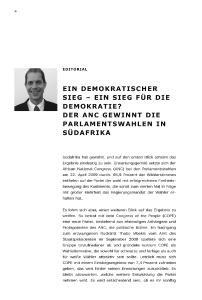 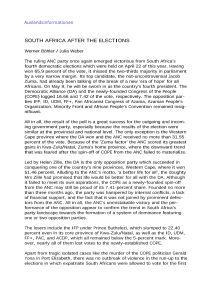 South Africa After the Elections

The ruling ANC party once again emerged victorious from South Africa’s fourth democratic elections which were held on April 22 of this year. Having won 65.9 percent of the vote, it missed the two-thirds majority in parliament by a very narrow margin. 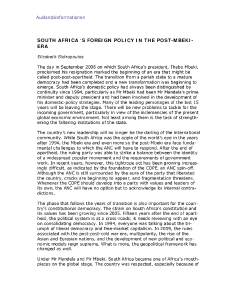 While South Africa was the apple of the world’s eye in the years after 1994, the Mbeki era and even more so the post-Mbeki era face fundamental challenges to which the ANC will have to respond. 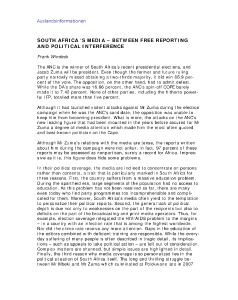 South Africa’s media landscape is highly developed, diversified, and even free. Although attempts to interfere are made again and again, freedom of opinion has never been threatened in its foundations so far. On the one hand, the media are ever ready to defend themselves, not least because of their experience under the rule of apartheid. On the other, civil society in South Africa is wide awake and sensitive to the problem. The fact that media coverage is dominated by the ruling party throws at least a shadow on the freedom of the media. 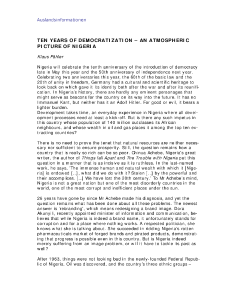 Ten Years of Democratization – an Atmospheric Picture of Nigeria 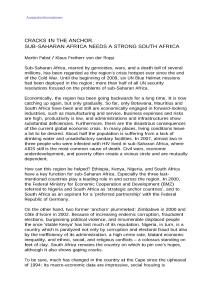 Sub-Saharan Africa, marred by genocides, wars, and a death toll of several millions, has been regarded as the region’s crisis hotspot ever since the end of the Cold War. Until the beginning of 2009, six UN Blue Helmet missions had been deployed in the region; more than half of all UN security resolutions focused on the problems of sub-Saharan Africa. 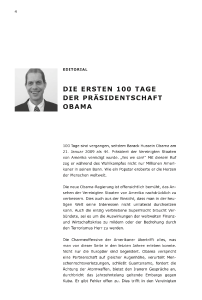 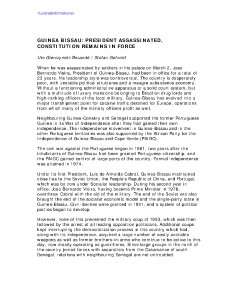 When he was assassinated by soldiers in his palace on March 2, Joao Bernardo Vieira, President of Guinea-Bissau, had been in office for a total of 23 years. His leadership style was controversial. The country is desperately poor, with unstable political structures and a meagre subsistence economy.