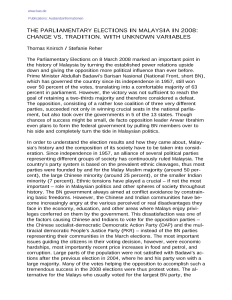 The Parliamentary Elections in Malaysia in 2008: Change vs. Tradition. With unknown Variables

The Parliamentary Elections on 8 March 2008 marked an important point in the history of Malaysia by turning the established power relations upside down and giving the opposition more political influence than ever before. 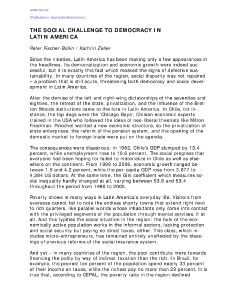 The Social Challenge to Democracy in Latin America

Since the nineties, Latin America has been making only a few appearances in the headlines. Its democratization and economic growth were indeed successful, but it is exactly this fact which masked the signs of defective sustainability. In many countries of the region, social disparity was not repaired – a problem that is still acute, threatening both democracy and social development in Latin America. 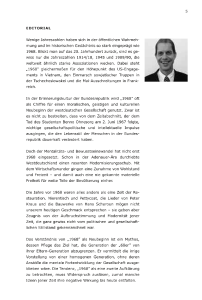 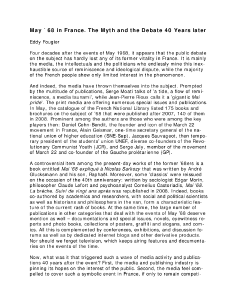 May ´68 in France. The Myth and the Debate 40 Years later

Four decades after the events of May 1968, it appears that the public debate on the subject has hardly lost any of its former vitality in France. It is mainly the media, the intellectuals and the politicians who endlessly mine this inexhaustible source of reminiscence and ideological dispute, while the majority of the French people show only limited interest in the phenomenon. 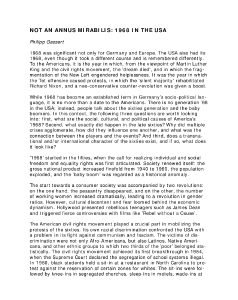 1968 was significant not only for Germany and Europe. The USA also had its 1968, even though it took a different course and is remembered differently. To the Americans, it is the year in which, from the viewpoint of Martin Luther King and the civil rights movement, the ’dream died’, and in which the fragmentation of the New Left engendered helplessness. It was the year in which the Tet offensive caused protests, in which the ’silent majority’ rehabilitated Richard Nixon, and a neo-conservative counter-revolution was given a boost. 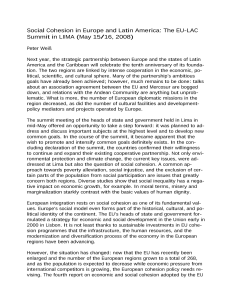 Next year, the strategic partnership between Europe and the states of Latin America and the Caribbean will celebrate the tenth anniversary of its foundation. The two regions are linked by intense cooperation in the economic, political, scientific, and cultural sphere. Many of the partnership’s ambitious goals have already been achieved; however, much remains to be done: talks about an association agreement between the EU and Mercosur are bogged down, and relations with the Andean Community are anything but unproblematic. What is more, the number of European diplomatic missions in the region decreased, as did the number of cultural facilities and development-policy mediators and projects operated by Europe. 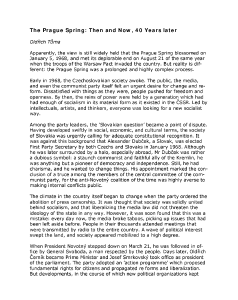 The Prague Spring: Then and Now, 40 Years later

Early in 1968, the Czechoslovakian society awoke. The public, the media, and even the communist party itself felt an urgent desire for change and reform. Dissatisfied with things as they were, people pushed for freedom and openness. By then, the reins of power were held by a generation which had had enough of socialism in its material form as it existed in the ČSSR. Led by intellectuals, artists, and thinkers, everyone was looking for a new socialist way. 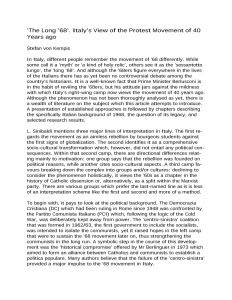 In Italy, different people remember the movement of ’68 differently. While some call it a ’myth’ or ’a kind of holy relic’, others see it as the ’sessantotto lungo’, the ’long ’68’. And although the ’68ers figure everywhere in the lives of the Italians there has as yet been no controversial debate among the country’s historians. It is a well-known fact that Prime Minister Berlusconi is in the habit of reviling the ’68ers, but his attitude jars against the mildness with which Italy’s right-wing camp now views the movement of 40 years ago. Although the phenomenon has not been thoroughly analysed as yet, there is a wealth of literature on the subject which this article attempts to introduce. A presentation of established approaches is followed by chapters describing the specifically Italian background of 1968, the question of its legacy, and selected research results. 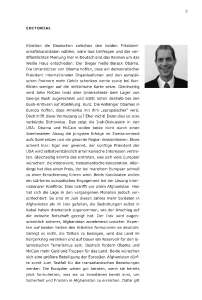 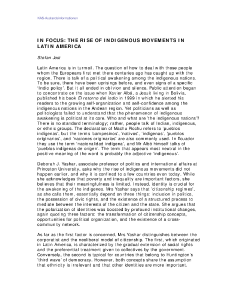 In Focus: The Rise of Indigenous Movements in Latin America

Latin America is in turmoil. The question of how to deal with those people whom the Europeans first met there centuries ago has caught up with the region. There is talk of a political awakening among the indigenous nations.To be sure, there have been uprisings before, and even signs of a specific ‘Indio policy’.