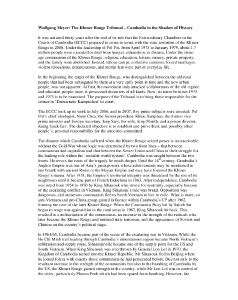 The Khmer Rouge Tribunal - Cambodia in the Shadow of History

It was not until thirty years after the end of its rule that the Extraordinary Chambers in the Courts of Cambodia (ECCC) prepared to come to terms with the state terrorism of the Khmer Rouge in 2006. Under the leadership of Pol Pot, from April 1975 to January 1979, about 1.7 million people were executed or died from hunger, exhaustion, or disease. Under the stoneage communism of the Khmer Rouge, religion, education, leisure, money, private property, and the family were abolished. 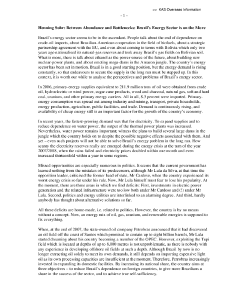 Between Abundance and Bottlenecks: Brazil’s Energy Sector is on the Move

Brazil’s energy sector seems to be in the ascendant. People talk about the end of dependence on crude-oil imports, about Brazilian-American cooperation in the field of biofuels, about a strategic partnership agreement with the EU, and even about coming to terms with Bolivia which only two years ago nationalised its natural-gas reserves and took away Brazil’s gas fields on Bolivian soil. 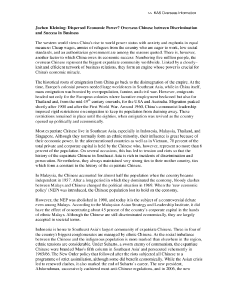 Overseas Chinese between Discrimination and Success in Business

The western world views China's rise to world power status with anxiety and euphoria in equal measure: Cheap wages, armies of refugees from the country who are eager to work, low social standards, and an authoritarian government are among the reasons quoted. 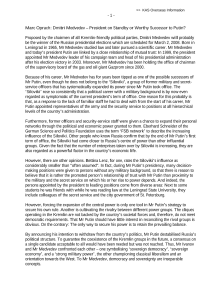 Dmitri Medvedev – President on Standby or Worthy Successor to Putin?

Proposed by the chairmen of all Kremlin-friendly political parties, Dmitri Medvedev will probably be the winner of the Russian presidential elections which are scheduled for March 2, 2008. 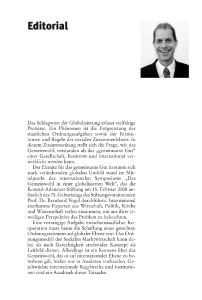 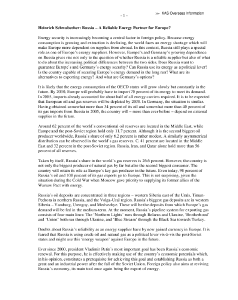 Energy security is increasingly becoming a central factor in foreign policy. Because energy consumption is growing and extraction is declining, the world faces an energy shortage which will make Europe more dependent on supplies from abroad. In this context, Russia still plays a specialrole as one of Europe’s energy suppliers. 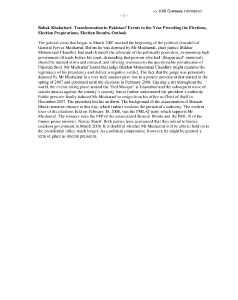 The judicial crisis that began in March 2007 marked the beginning of the political downfall of General Pervez Musharraf. Before he was deposed by Mr Musharraf, chief justice Iftikhar Mohammad Chaudhry had made himself the advocate of the politically powerless. 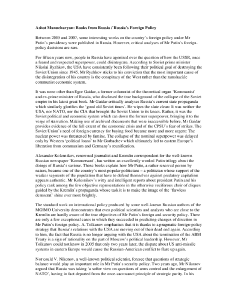 Between 2005 and 2007, some interesting works on the country’s foreign policy under Mr Putin’s presidency were published in Russia. However, critical analyses of Mr Putin’s foreign-policy decisions are rare. 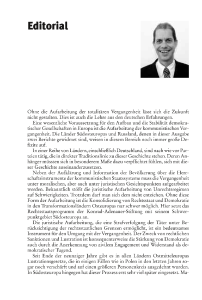 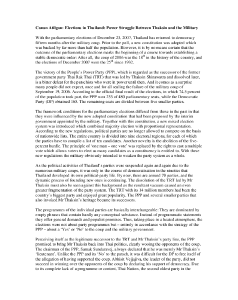 Elections in Thailand: Power Struggle Between Thaksin and the Military

With the parliamentary elections of December 23, 2007, Thailand has returned to democracy fifteen months after the military coup. Prior to the poll, a new constitution was adopted which was backed by far more than half the population. However, it is by no means certain that the outcome of the parliamentary elections marks the beginning of a course towards establishing a stable democratic order.