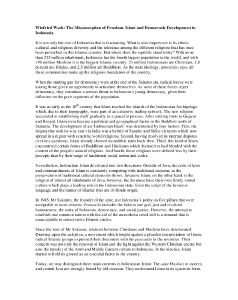 The Misconception of Freedom. Islam and Democratic Development in Indonesia

It is not only the size of Indonesia that is fascinating. What is also impressive is its ethnic, cultural, and religious diversity and the tolerance among the different religions that has once been proverbial in this Islamic country. But where does the republic stand today? With more than 225 million inhabitants, Indonesia has the fourth largest population in the world, and with 190 million Muslims it is the biggest Islamic country. 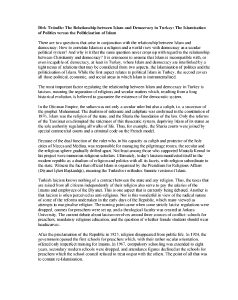 The Relationship between Islam and Democracy in Turkey: The Islamisation of Politics versus the Politicisation of Islam 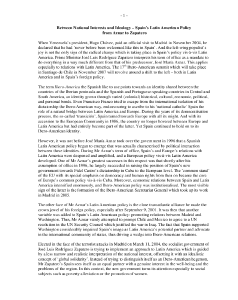 When Venezuela’s president, Hugo Chávez, paid an official visit to Madrid in November 2004, he declared that he had ‘never before been welcomed like this in Spain’. And the left-wing populist’s joy is not the only sign of the radical change which is taking place in Spain’s policy vis-à-vis Latin America. 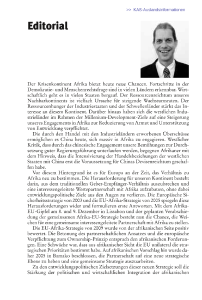 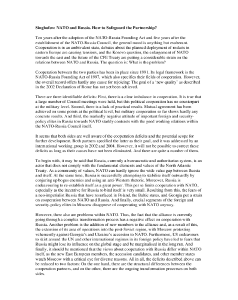 NATO and Russia. How to Safeguard the Partnership

Ten years after the adoption of the NATO-Russia Founding Act and five years after the establishment of the NATO-Russia Council, the general mood is anything but exuberant. Cooperation is in an ambivalent state, debates about the planned deployment of rockets in eastern Europe are causing tensions, and the Kosovo question, the enlargement of NATO towards the east and the future of the CFE Treaty are putting a considerable strain on the relations between NATO and Russia. The question is: What is the problem? 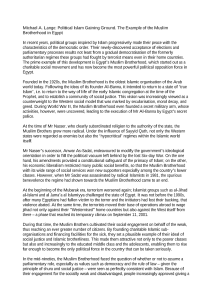 Political Islam Gaining Ground. The Example of the Muslim Brotherhood in Egypt

In recent years, political groups inspired by Islam progressively made their peace with the characteristics of the democratic order. Their newly-discovered acceptance of elections and parliamentary processes results not least from a gradual democratisation of the formerly authoritarian regimes these groups had fought by terrorist means even in their home countries. 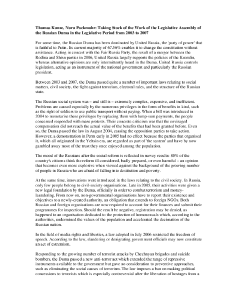 For some time, the Russian Duma has been dominated by United Russia, the 'party of power' that is faithful to Putin. Its current majority of 67.56% enables it to change the constitution without assistance. Acting in concert with the Fair Russia Party, the result of a merger between the Rodina and Shisn parties in 2006, United Russia largely supports the policies of the Kremlin, whereas alternative opinions are only intermittently heard in the Duma. United Russia controls legislation, acting as an instrument of the national government and particularly the Russian president. 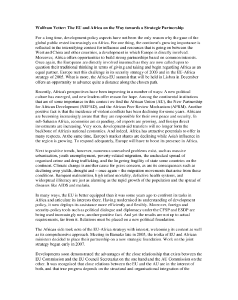 The EU and Africa on the Way towards a Strategic Partnership

For a long time, development-policy aspects have not been the only reason why the gaze of the global public rested increasingly on Africa. For one thing, the continent's growing importance is reflected in the intensifying contest for influence and resources that is going on between the West and China and other countries, a development in which Europe is directly involved. 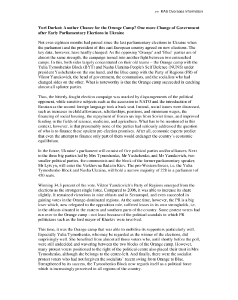 Another Chance for the Orange Camp? One more Change of Government

Not even eighteen months had passed since the last parliamentary elections in Ukraine when the parliament and the president of this east European country agreed on new elections. 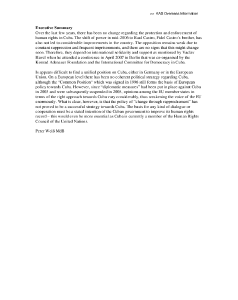 Over the last few years, there has been no change regarding the protection and enforcement of human rights in Cuba.