As the longest serving member of the European Parliament (EP) for almost 40 years, Elmar Brok is widely credited for his significant contributions to EU foreign policy (Head of European Parliament Committee on Foreign Affairs for 13 years) and constitutional matters. Following his retirement from Parliament in June this year, Mr Brok was appointed Special Adviser to the outgoing EU Commission President Jean-Claude Juncker on relations with Ukraine.
November 28, 2019 17:30 - 21:00 Clock

Since its inception, the EU has been a resounding success story. The European unity project has created an enduring foundation for prosperity and above all, democratic peace. However, for the past decade, Europe has faced significant challenges to its geopolitical, social and economic foundations. This has led analysts and policy-makers to argue that Europe is indeed 'at a cross-roads’, prompting questions about Europe's future trajectory and its capacity to continue to act coherently, autonomously and in accordance with its founding principles. The European Commission President-Elect Ursula von der Leyen recently signalled the vision of " a stronger Europe in the World". With Brexit looming, this lecture will reflect on where Europe is headed and how it is placed to deliver on the President Elect’s vision. Questions of strategic sovereignty, external and internal socio-political and economic cohesion, as well as capability to preserve, and even enhance multilateralism will be the focus of this lecture.

The Konrad Adenauer Lecture Series is dedicated to enhancing understanding of Europe and Germany in Australia and the wider region. The initiative is the culmination of a longstanding partnership between the ANU Centre for European Studies and the Konrad-Adenauer Stiftung, a German political foundation with a regional representation in Canberra. 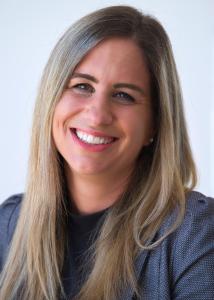